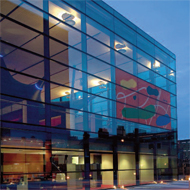 In the late 1960s antibiotics and vaccines were expected to conquer infectious diseases. Yet in the 21st century “deadly” bacteria are constantly in the news. Antibiotic resistance looms large, and the more antibiotics we use, the more resistance we get. Some bacteria can even get round vaccines. The lecture will recount progress and challenges in the application of molecular genetics to clinical microbiology.
Lucinda Hall graduated with First Class Honours in Biology from the University of York in 1978, and was awarded her PhD, on ribosomal RNA genes of Xenopus, by the University of Glasgow in 1981. She spent the next four years at the University of Geneva working on molecular genetics of Drosophila, initially funded by a fellowship from the European Molecular Biology Organisation. In 1986 she returned to the UK to take up a “New Blood” lectureship in the Department of Medical Microbiology at what was then the London Hospital Medical College. She became Centre Lead for Immunology and Infectious Disease in 2009, and was promoted to Professor of Molecular Microbiology in 2010.