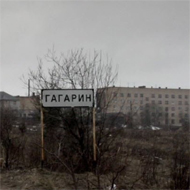 School of Languages, Linguistics and Film
Department of Russian

In commemoration of the 50th anniversary of the first man in space, there will be a UK premiere of Vladmir Kozlov’s comic-cosmic documentary film, Gagarinland

Gagarinland explores attempts at Yuri Gagarin memorialization in the first cosmanaut’s home town near Smolensk, now named after him. In doing so it portrays a range of enthusiastic, but faintly absurd Gagarin-projects from poetry addressed to him by a policeman, the creation of a Gagarin-scout movement to the project to build a multi-billion
dollar theme park. Through these images and characters director Vladimir Kozlov comments poignantly on the cult of Gagarin, the vagaries of commemorative politics and the state of the Russian provinces.

French-based documentary filmmaker, Vladimir Kozlov, has been involved in filmmaking since working on Elem Klimov’s landmark war film, Come and See (1985), and has more recently made documentaries on Soviet-era underground rock music, and other dimensions of the Soviet space programme.

The screening will be followed by a Q & A with the director and a complimentary glass of an appropriate substance.

Booking is not compulsory but you are kindly asked to notify Dr Jeremy Hicks of your intention to attend:  j.g.hicks@qmul.ac.uk 202 7882 8306