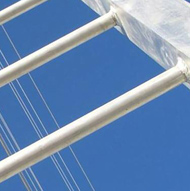 The term “affordance” was introduced in 1977 by the psychologist James Gibson. It has since been used, and its sense extended or modified, in a number of other disciplinary contexts, notably philosophy, IT studies and design studies. Gibson defined affordance as “an object or feature of the environment conceived in terms of the possible use or uses to which it lends itself.” This year’s George Steiner Lecture will argue that the term opens up new ways of thinking in cognitive terms about a wide range of different aspects of literature, from formal and generic conventions via “topoi” to mimetic procedures.

Terence Cave is Emeritus Professor of French at the University of Oxford and Emeritus
Research Fellow of St John’s College; he is also a Fellow of the British Academy. His publications include The Cornucopian Text (1979), Recognitions (1988), Pré-histoires and Pré-histoires II (1999 and 2001), and How to Read Montaigne (2007). In 2009, he was awarded the Balzan Prize for literature since 1500, and he is currently directing a project at the St John’s College Research Centre, funded jointly by the Balzan Foundation and St John’s, on “Literature as an Object of Knowledge”.
A reception will follow the lecture