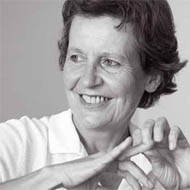 The Department of German, in cooperation with the Swiss Embassy, will be hosting a reading by the distinguished Swiss writer Friederike Kretzen.

Friederike Kretzen, born in 1957 in Leverkusen, Germany, has been living in Basle, Switzerland, since 1983. She is a novelist and university teacher.

After studying sociology she worked as a dramaturg and then as a lecturer in literature and creative writing, e.g. at the Swiss Federal Institute of Technology Zurich and the Bern University of Arts.

The reading will be in German and will last approximately one hour and will be followed by a wine reception.

To confirm your place at this event please contact: s.renninger@qmul.ac.uk