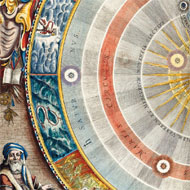 The Nicolai Rubinstein Lecture in the History of Political Thought and Intellectual History is an annual memorial lecture held in honour of the distinguished Renaissance scholar and former Queen Mary colleague, Nicolai Rubinstein.

Since Antiquity, science (episteme, scientia) has been understood as a privileged form of knowledge: more certain, more rigorous, harder won and longer lived. No one doubted that other forms of knowledge were useful, even essential. Aristotle theorized the techne of the arts and crafts; Cicero wrote of the “natural divination” practiced by farmers, shepherds, and sailors who read the signs of fat times and lean, fair weather and foul. But a line was drawn between knowledge and science and a hierarchy erected – even though the grounds for the distinction varied. Early modern Europe witnessed a radical reconceptualization of science and knowledge and the differences between them – and even a challenge to the very existence of such distinctions. Nowhere was the rethinking of the meaning and status of knowledge and science more dramatic in the realm of experience. Experientia, once the province of knowledge, was cultivated by the learned, who created new forms of scientific knowing and concomitant practices: experimenting, observing, collecting, note-taking, table-making, measuring, archiving. These practices were in part derived from the traditional realm of knowledge (e.g. the experiment from the artisan’s workshop and the observation from the shepherd’s vigil). But in part they relied on the scholar’s skills: reading, excerpting, collating, comparing. “Learned experience” (in Francis Bacon’s phrase) redrew the boundary between knowledge and science in ways that still reverberate in our contemporary classification of the disciplines.

For a map and directions to this event please click here

To book a place here please click on the 'book now' button at the top of this page or email: events@qmul.ac.uk