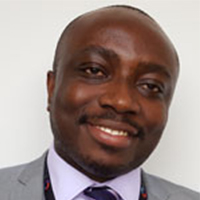 An investigation into the difficulties facing black soldiers in the British army with emphasis on racism and discrimination.

After the Second World War, there was a substantial influx of black people living and working in Britain and thus it is no surprise that, in the post war era, the increase in the participation, recruitment and retention of Black Soldiers into the British Army have all become vital considering the diverse skills they bring into the Armed Forces as well as the increasing number of soldiers needed to execute the strategic and complex operational needs of the British Army.

However, for many years, the ability of black people to realise their potential have been hampered by so many issues, with racism and discrimination being the major causes for the lack of promotional prospects, as well as the underrepresentation and participation of black people and their exclusion in positions of authority across the British Army. Thus this research focuses on issues of racism, exclusion and discrimination against black soldiers, particularly the forms they take and how it affects black soldiers.

The research uses an integrated conceptual framework and among some of the concepts that would be used to guide this research includes the concept of trust, power, teamwork and group formation, prejudice, classism, colonialism and white supremacy, historical concepts of black people and their service to the British Army, institutional racism and discrimination.

The research mainly adopts a standpoint methodology and employs semi-structured interviews of black ex-British Army soldiers for its primary data collection, with the secondary data coming from other documentary sources of the British Army such as its policy documents, minutes, memos and summary dealings, as well as hard statistics from the Defence Analytical Service Agency (DASA).