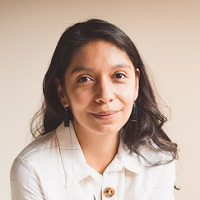 Despite the increase in immigration controls during the last 3 decades, the number of Colombians in Britain has continued to grow. Although they are not the most numerous migrant group from Latin America, they certainly are the best established Latin American community. Authors such as Guarnizo (2008); McIlwaine (2005, 2008, 2010, 2011, 2012, 2014, 2015,); McIlwaine & Bermúdez (2011, 2015); McIlwaine & Bunge (2019); and Cock (2011) have made important contributions to the literature by explaining not only why Latin Americans, and in particular Colombians, have migrated to the UK, but also the different dynamics of interaction of Colombians amongst themselves and how integration with the host country is negotiated. Moreover, the spaces this community occupy, their transnational experiences, and their involvement with and in the local community has been broadly described and analysed by the authors just mentioned.

Issues regarding class, race and gender have also been part of previous studies, as well as the effects that more restrictive barriers have had in Latin American migrants. However, the studies constantly focus on the undocumented and unskilled. Then, research specifically on highly qualified Latino migrants has been so far neglected, generally as they are defined as a privileged group with enough economic and social capital to navigate legal aspects and the labour market safely. However, opposing common assumptions that highly qualified migrants are an elite group and that education protects them from discrimination, studies inform that intersectional factors such as gender, ethnicity, class, language, occupation and country of origin are sometimes penalised in the labour market (see Heath and Cheung, 2006; & Oikelome and Healy, 2013). Accordingly, by examining their labour trajectories, current occupation and positions in their workplaces, this thesis shows how third country nationals from Colombia have moved between different social categories that allow them access and permanence in the labour market, and which eventually translate into legal permits to remain in Britain. Moreover, this thesis intends to challenge the limits of the law when clustering skilled migrants into only two categories (i.e. Tier 1 and Tier 2) while at the same time discusses the importance of social networks during the migration trajectory, and the interactions between class, gender and career satisfaction among qualified Colombians in Britain.

Joint PhD student school of Business and Management and School of Law. I am currently writing up my thesis.

I hold an MA in International and Development Economics from HTW Berlin, and a degree in Economics and International Business from Icesi, Colombia. I teach International Economics with a gender perspective and in doing so, I am hoping to leave students with the need to understand inequalities in a global world and the desire to deal with them in the labor market.

I am affiliated to the Center for Research in Equality and Diversity (CRED) and my main interests are the intersectional experiences of migrants from the global south.