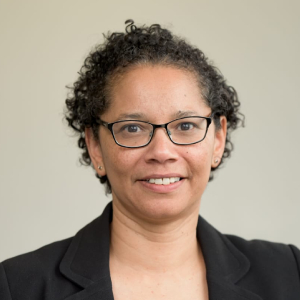 Joyce Mamode is a post-doctoral researcher, currently working with Professor Tessa Wright, Co-Director of CRED, on an ESRC funded project, ‘Buying Social Justice through Procurement’.  Prior to taking up this role in November 2021, Joyce was the Head of Assisted Transport for Transport for London (TfL), responsible for developing new strategic approaches to transport provision for older and disabled Londoners, who face barriers to using public transport. Before joining TfL, initially as an inaugural member of the TfL Board, Joyce was a researcher for a major trade union (the Transport and General Workers’ Union, now part of Unite).

Joyce’s PhD research examined the contribution being made by trade union equality representatives to union modernisation. It was undertaken part-time at Warwick Business School, whilst Joyce continued to work at TfL on London’s Assisted Transport strategy. Joyce also holds an MSc in Occupational Psychology from Birkbeck (University of London) and a BSc in Psychology (Newcastle University).

Joyce’s research interests currently centre around progressive change in organisations and in experiences of employment, which she has previously championed both in her role at TfL, and her previous career as a trade union researcher and journal editor. She is currently developing a research agenda around these interests, with a particular focus on the theory and practice of equality, diversity and inclusion in employment, and in the role of employee and other stakeholder voices in influencing equality policy and practice in organisations. Joyce is in the process of finalising a number of publications arising from her doctoral research.

The research project that Joyce is currently working on is led by Professor Tessa Wright, Co-Director of the Centre for Research into Equality and Diversity (CRED), supported by Professor Hazel Conley (University of the West of England) and Dr Katharina Sarter (University of South Wales) as co-investigators. Funded by the ESRC, the “Buying Social Justice” through procurement research project is examining the use of procurement by public bodies to promote equality in the UK construction workforce. Among its objectives, the project aims to contribute to knowledge and theory around the use of social procurement as a potential lever for change in respect of equality, diversity and inclusion.

Presentation- Building informal equality alliances: the role of trade union equality representatives in progressing equality and diversity at the workplace.

Presentation - Joining the dots: equality representatives and their role within their trade unions