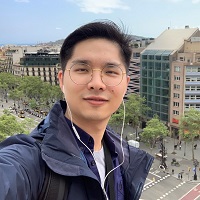 In academia, decision-makers often need to make important decisions related to young researchers. They often decide whether to continue supporting research in the future or whether they should be hired as professors, based on the research results of young researchers less than a decade since they graduated with a PhD. These decisions are usually based on subjective assessments and the quantitative techniques used in this process are very limited. But such a decision not only determines the future career direction of scholars, but also affects the future rankings of universities and departments. Because when decision-makers decide to let a young scientist become a professor, the scientist may receive millions of pounds in research funding, and he or she will occupy the professor position in the next decades. In the business domain, companies using data-driven decision-making have 5% ∼ 6% more production than traditional companies that make decisions through experience and intuition. So, Hongwei suggest that academia should also use quantitative tools to help decision-making like in business domain. At the age of big data, it is very useful to build a quantitative evaluation model based on academic complex networks to help the decision-making process. His study uses a citation network structure to build regression models based on early papers published by scientists to help decision-makers predict whether scientists will succeed at the early stages of their careers.

The Open Academic Graph (OAG) dataset is relatively easy to obtain public data. Hongwei's research is based on data mining of heterogeneous networks of cooperating scholars, and gives a statistics model for evaluating the future performance of young scientists. Based on the early career performance of scientists, his model makes statistical regression predictions on scientists’ future academic potential. This will help schools and institutions to make reasonable assessments of recruiting young scientists in the future. Therefore, the purpose of Hongwei's future research mainly focuses on the following questions:

1. Will earlier papers have a significant impact on the future academic potential of scientists?

2. Should scientists focus more on quantity or quality at early stages of their career?

3. What will make scientists more competitive in the future?

4. How to predict the future academic potential of scientists?

Hongwei PENG is the PhD student in business and management at Queen Mary University of London. He obtained a statistics master's degree from University College London and bachelor's from Central South University in China. The specialist area is statistical analysis and master’s dissertation is “The NIR corn data set” which use Partial least squares regression (PLS) and parallel computing in HPC. Hongwei's research interests are now in the fields of science of science and network science. He is supervised by Prof. Pietro Panzarasa (Primary Supervisor) and Dr Thomas Kemeny (co-supervisor).