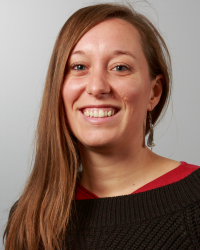 Since 2010 she has been a research fellow of the COST-Action 'True European Voter' (TEV) project on the influence of context on electoral behaviour in European countries, as well as of the EU General Home Affairs-funded KING project (Knowledge for Integration Governance) on Immigration. After finishing her PhD she was a post-doctoral fellow at the University of Milan, working on Euroscepticism, populism and Italian voting behaviour (in close collaboration with Italian National Election Studies - ITANES) and has spent time as a visiting fellow at the London School of Economics and Political Science (LSE - Methodology Dept., European Institute and Government Dept.).

Since 2013 she has taught quantitative methods for the social sciences as well as political sociology at the LSE. She moved to Queen Mary in September 2015 to work on the ESRC funded political party members project with Tim Bale and Paul Webb. Monica is also a co-editor of the LSE-based Euro Crisis in the Press blog.

Monica is interested in all aspects of political participation in Europe, including party membership in Britain, which is the main focus of her ESRC current project at Queen Mary. As well as her ongoing interest in Italian and European countries’ electoral behaviour and politics-related attitudes, she is currently researching Euroscepticism, populism and political culture, and political communication during the economic crisis.

2012 Has Italy Become A Tocquevillian Democracy? A Longitudinal Study of The Determinants of Social and Political Participation, PhD Thesis, University of Milan, AIR Repository.

2017, Apr 21st, The Policy Space blog, Who will campaign in the UK 2017 snap election? Hints from party members and supporter activism during GE2015 [Republished on the LSE British Politics and Policy and on LSE Euro Crisis in the Press]

2016, Sep 24th, The Conversation blog, Why Labour Party members still back Jeremy Corbyn as their leader, [Republished by the Queen Mary University of London (QMUL) blog, MyScience, London News 24/7.com, and by StuntFM]

2016, Jul 19th, The Conversation blog, Here’s what we know about Labour’s £3 supporters – and whether they’ll pay £25 to help Corbyn again, [Republished by the Independent, The Staggers (NewStatesman) and by the Queen Mary University of London (QMUL) blog] (with Bale, T. & Webb, P.)

2016, Jul 12th : The Conversation and the Political Studies Association (PSA) blog, A “bloody difficult woman”: What does the Tory grassroots want from Prime Minister Theresa May (and here) (with Bale, T. & Webb, P.)

2016, Mar 14th, LSE British Politics and Policy, Minority views? Labour members had been longing for someone like Corbyn before he was even on the ballot paper, (with Bale, T. & Webb, P.)

2016, Mar 3rd, LSE British Politics and Policy, The Green Surge and how it changed the membership of the Party (with Dennison, J.)

2016, Feb 5th, ESRC Party Members Project, Cameron and Tebbit are both wrong: Tory activists are not as set on leaving the EU as many imagine [re-posted by LSE British Politics and Policy blog on February 12th] (with Bale, T. & Webb, P.)

2016, Jan 8th, LSE British Politics & Policy, ‘Ideology is in the eye of the beholder: How British party supporters see themselves, their parties, and their rivals’ (with Bale, T. & Webb, P.)

2014, May 29th, LSE Euro crisis in the Press, A legitimization of the Italian government more than a vote for Europe