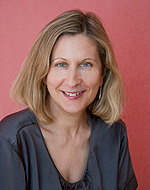 Geraldine Van Bueren QC is Professor of International Human Rights Law and Visiting Fellow, Kellogg College, Oxford. She is a barrister and an Associate Tenant at Doughty Street Chambers and was appointed an honorary Queen’s Counsel in recognition of her scholastic contributions to national and international law. At the time of her appointment there were only ten women honorary silks.

Professor Van Bueren is also a Bencher in the Middle Temple. She has served as a Commissioner on the Equality and Human Rights Commission with lead responsibility for human rights and is also a member of the Attorney-General’s International Pro Bono Committee.

Professor Van Bueren is one of the original drafters of the United Nations Convention on the Rights of the Child and also helped draft the United Nations Rules for the Protection of Juveniles Deprived of their Liberty, the UNHCR Guidelines on Refugee Children and the United Nations Programme of Action on Children in the Criminal Justice System. She has represented the United Nations in discussions with Iran; the Commonwealth Secretariat in Bangladesh and advised the Government of Japan and Unicef. She has also acted as an expert witness for the Government of Canada and has lectured and worked throughout Europe and the United States and in Argentina Senegal, Uganda and Venezuela. From 2002 to 2006 Professor Van Bueren held a second concurrent chair W P Schreiner Professor, Professor of International Human Rights Law at the University of Cape Town.

Professor Van Bueren co-founded INTERIGHTS an international human rights law centre based in London, represented Amnesty International for ten years at the UN on children's rights and is a member of the Advisory Board of Human Rights Watch (Children's Rights Project), Child Rights International and is on the Advisory Board of the British Institute of Human Rights and Rene Cassin. She has also served as a non-executive director and Trustee of Save the Children.

Professor Van Bueren's writings have been cited in courts around the world, most recently by the Constitutional Court of South Africa and the European Court of Human Rights and also in legislatures including the US Senate and the Australian Parliament.

She was instrumental in founding the Human Rights Collegium which is based at Queen Mary, University of London and serves as its Director. 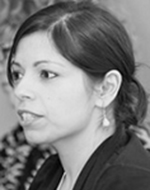 Sanchita is a recognised expert in human rights and equality law, policy and practice, with over fifteen years of working both in the UK and internationally. As Director at BIHR Sanchita provides strategic leadership and management, overseeing operations, with a lead role in policy and campaigning. Sanchita convenes an innovative new clinical module at QMUL School of Law, "Securing human rights" which provides undergraduate students with the opportunity to gain practical learning and experience of using human rights standards within the charity sector. Find out more about BIHR's relationship with QMUL here.

Sanchita has a particular expertise in addressing violence against women from a human rights perspective, having worked on a number of UK and international projects on these issues, including on "honour" crimes. She has been an academic researcher, worked as a freelance researcher, and lead policy and strategy development, in a variety of positions at organisations including Nottingham University, SOAS, Greater London Domestic Violence Project, Matrix Chambers, and Rights of Women. Sanchita has previously worked on human rights in the United Nations system, both at the Secretariat in New York and the World Health Organisation in Geneva.

Merris Amos has been a Senior Lecturer in the Department of Law, Queen Mary, University of London since January 2007. Prior to this she was the Deputy Director of the Human Rights Centre at the University of Essex. Her teaching and research is focussed on the protection of human rights at the UK and European levels and she is the author of a number of books, articles and conference papers on this topic including Human Rights Law (Hart: Oxford, 2006), Freedom of Expression and the Media (Martinus Nijhoff: Leiden, 2012) and “The Dialogue between UK Courts and the European Court of Human Rights” [2012] International and Comparative Law Quarterly 557. She is also the Editor of Human Rights Law Reports – UK Cases and has carried out consultancy and training on a variety of human rights issues. She is presently writing the second edition of Human Rights Law and preparing a paper concerning the impact of human rights law on measures of mass surveillance for a meeting of the International Association of Constitutional Law. 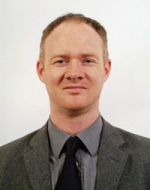 Richard Ashcroft's interests in human rights relate principally to two areas: human rights theory as a contribution to the theory and practice of bioethics; and human rights law as it relates to the practice of medicine and biomedical research. He is interested in developing research collaborations on topics relating to human rights and medicine. Further, he is contributing a module on Human Rights, Ethics and Health to the new MSc in International Health being delivered in the School of Medicine and Dentistry.

Professor Alan Dignam has been working on a project entitled 'Human Rights, Bloody Human Rights: A business and human rights workshop'. The project uses interactive forum theatre to present aspects of corporate law and engage the public in suggesting solutions through audience participation as ‘spect-actors’. The idea being to capture through drama the core of some of the most complex problematic case studies of private corporate power and engage the participants in feeding back perceptions and potential solutions. The pilot project took place in Autumn 2013 with performances in London and around the UK and Ireland. 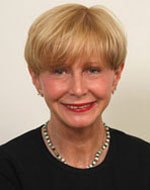 Professor Malgosia Fitzmaurice holds a chair of public international law at the Department of Law, Queen Mary University of London (QMUL). She specialises in international environmental law; the law of treaties; and indigenous peoples.

Her latest publications are a monograph Whaling and International Law, Cambridge University Press, 2015 and (co-edited with Dai Tamada) Whaling in Antarctic: Significance and Implications of the ICJ Judgment, Brill/ Nijhoff, 2016. She is Editor in Chief of International Community Law Review journal and of the book series published by Brill/Nijhoff, Queen Mary Studies in International Law. 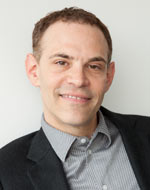 Eric Heinze is Professor of Law and Humanities at Queen Mary. His experience includes work for the International Commission of Jurists in Geneva and the United Nations Administrative Tribunal, and consultation with Amnesty International and Liberty. Heinze’s human rights awards and fellowships have included a Nuffield Foundation Grant, a Harvard University Sheldon Fellowship; a Fulbright Fellowship; A Harvard University Andres Public Interest grant and a C. Clyde Ferguson Human Rights Fellowship.

Heinze’s books include The Concept of Injustice (2012); The Logic of Constitutional Rights (2005); The Logic of Liberal Rights (2003); The Logic of Equality (2003) and Sexual Orientation: A Human Right (1995)  and an edited collection entitled Of Innocence and Autonomy: Children, Sex and Human Rights (2000). He has contributed chapters to such anthologies as Protection of Sexual Minorities since Stonewall - Progress and Stalemate in Developed and Developing Countries (Phil C. W. Chan, ed. 2010); Extreme Speech and Democracy (James Weinstein and Ivan Hare, eds. 2009); Religious Pluralism and Human Rights (Loenen & Goldschmidt, 2006) and Minority and Group Rights Toward the New Millennium (Bowring & Fottrell, 1999). 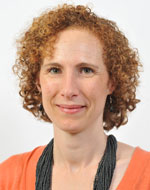 Dr Jessie Hohmann is a lecturer in law at Queen Mary, University of London. She has broad research interests in human rights, with a particular interest in examining how human rights push at the boundaries of legal thought and practice. Most recently she has considered these questions through the lens of the right to housing, with a forthcoming monograph on The Right to Housing: Law, Concepts, Possibilities. In addition to her continuing research in economic and social rights, Dr Hohmann works on indigenous rights, theories of human rights, and the role of human rights in social struggles.

Margot Horspool is a Visiting Professor at Queen Mary where she teaches a comparative European law course including human rights cases and law at Queen Mary and she is also Emeritus Professor of European Law at the University of Surrey.

Key Publications include: Horspool and Humphreys, European Union Law, OUP, 2012 , 7th edition; Over the Rainbow: Languages and Law in the European Union, in A Constitutional Order of States, Essays in Honour of Alan Dashwood, 2011 Hart Publishing; Application of the Human Rights Act and non-discrimination, in Kölner Grundrechtekommentar, 2005: (Verlag Beck); this is comprehensive publication on the Charter of Fundamental Rights, included as Title II in the Draft Constitutional Treaty for Europe. 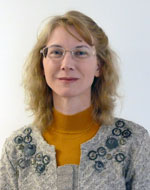 In 2011, Professor Rachael Mulheron was engaged on behalf of UK Amnesty International and by CAFOD to advise on the potential effects of aspects of the Jackson costs reforms upon human rights group actions. Her report on this issue, ‘Costs and Funding for Group Actions brought on behalf of Victims of Human Rights Abuses by Transnational Companies’ (Sep 2011) was cited in House of Lords Hansard on 27 March 2012 by Lord McNally. 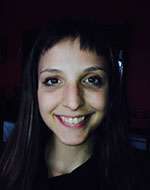 Dr Eva Nanopoulos is a Lecturer in Law at QMUL. She currently teaches on the LLB course in international human rights law at Queen Mary and has broad research interests in the field of human rights. She is particularly interested in the relationship between human rights law and politics, as well as in critical theories and histories of human rights. She has published and is working on these issues in the fields of counter-terrorism, economic sanctions and other foreign policy and security practices. She has also written on the human rights dimensions of plain packaging of tobacco products and the confiscation of criminal proceeds. 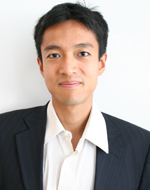 Daniel Wang is Assistant Lecturer in Health and Human Rights. Before joining the School of Law at Queen Mary he was a LSE Post-doctoral Fellow (2012-2013) and taught at the University of Sao Paulo and at the Brazilian National School of Public Administration. Dr Wang’s research interest include Human Rights Law; Medical Law and Constitutional Law. 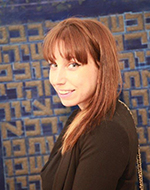 Nicole Lieberman has a background in Social Sciences and is the Research Officer and Project Support. Nicole has provided organisational support for many of the Collegium’s events, including a lecture by Judge Paul Mahoney, and has acted as a rapporteur for the event Jewish Law and Poverty: The duty to give and the right to receive. Nicole is fluent in six languages.

She was instrumental in organising a lecture by Holocaust survivor, Hannah Lewis, entitled To Remember and Never Forget. This event attracted a large audience and featured in an episode of the BBC TV programme, Panorama.