Thanks to generous donations from Brain Tumour Research's partner charities, The William Low Trust and The Children’s Brain Tumour Foundation, two new PhD students have joined the Brain Tumour Research Centre of Excellence at the Blizard Institute. Their research is helping to find cures for some of the most devastating childhood brain cancers and provide insights into tackling a variety of brain tumours in young people. 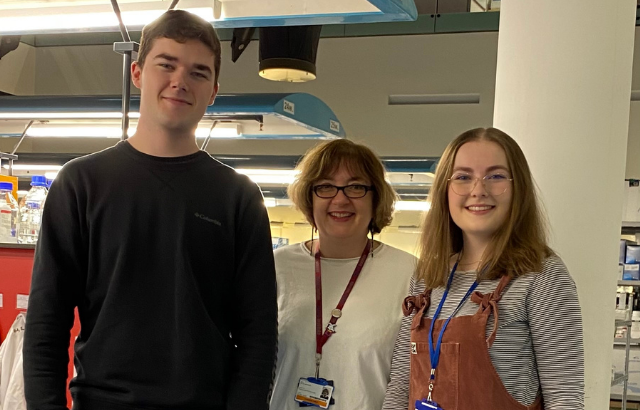 In August 2020, The William Low Trust announced its commitment to fund a PhD student at the Blizard Institute to help find a cure for medulloblastoma – the most common high-grade brain tumour in children. Following this, the Brain Tumour Research Centre of Excellence at the Blizard Institute has now recruited postgraduate research student, Thomas Willott, to help tackle this terrible disease.

The William Low Trust was set up in William’s memory by his parents Helen and Craig, his sister Harriet, and good friends of the family. Four years since his death, Thomas joins Professor Silvia Marino's team and is focussing on discovering novel therapeutic combinations for paediatric medulloblastoma patients with poor prognosis, where the current standard of care can cause severe side effects with lifelong implications. His project also aims to dissect the epigenetic effects of different treatment combinations in order to understand why patients may develop resistance to treatment leading to disease recurrence.

Speaking to us in a recent interview, Thomas explains his reasons for wanting to become a member of Professor Marino's team: 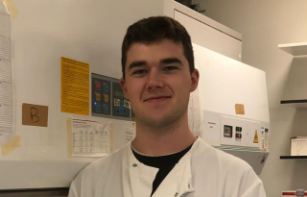 "After completing my BSc in Biochemistry (Genetics) and MRes project focused on cancer imaging, I knew I wanted to pursue a PhD project in cancer research encompassing the various cutting-edge genomic and transcriptomic techniques I was introduced to during my undergraduate degree.

"Having also been fascinated by research into the brain during a summer placement in a lab focused on Alzheimer’s disease, the PhD in Professor Silvia Marino’s lab in the BTR Centre of Excellence at the Blizard Institute greatly appealed to my various interests and previous experience, allowing me to perform exciting research to improve our understanding of cancer and how it can be treated to provide the best outcomes for patients." 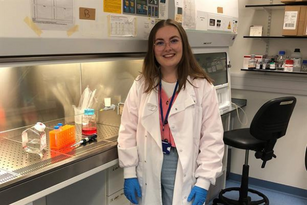 Thomas is the second young researcher to join the Brain Tumour Research Centre of Excellence in recent months. Alexandra Hadaway previously joined the team thanks to a generous donation of £114,000 from Brain Tumour Research's Member Charity, The Children’s Brain Tumour Foundation, which was set up by Cheryl and Paul Davis following their son Miles’ diagnosis with an ependymoma, aged five.

Alexandra will be working on diffuse intrinsic pontine glioma (DIPG) – the deadliest form of childhood cancer with a median overall survival of between eight and 12 months. Her research is also likely to bring further insight into other types of tumours, including ependymoma. With both Alexandra and Thomas joining Professor Marino's team, they are helping to build capacity and develop a specialist hub at the Centre focussed on paediatric research. 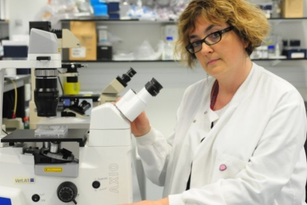 Professor Marino's team announced last year that they had discovered a breakthrough in the way that some children with medulloblastoma brain tumours might be treated in future. They found a new way to starve cancerous brain tumour cells of energy in order to prevent further growth in experimental models. A lot of research still needs to be carried out to see whether this treatment could be viable in patients.

Professor Marino said: “A better understanding of the molecular changes that contribute to medulloblastoma is vital for developing new targeted therapies for this type of brain tumour. The grant from The William Low Trust is particularly welcome because historically the retention of gifted scientists in the brain tumour research arena has been a challenge because of poor funding.”

A later breakthrough which was announced in October last year could mean better treatment for patients with the most deadly form of brain tumour in adults. The team established an entirely new experimental research pipeline which, in a trial involving ten patients, revealed new insights into how glioblastoma multiforme (GBM) develops, identifying potential new targets for individualised treatments. It could also help predict a patient’s response to drugs currently in clinical use for other diseases which would be extremely valuable, as the average survival time for this type of brain tumour is just 12 to 18 months.