The Brain Tumour Research Centre of Excellence at the Blizard Institute is to receive funding of £144,000 to increase its team working to help find a cure for childhood brain tumours.

The additional investment from the charity Brain Tumour Research will fund a four-year PhD student to work with Professor Silvia Marino and her research group, who study the epigenetics of medulloblastoma at the Centre. The research will also impact on other childhood brain tumours, including ependymoma.

Professor Marino said: “These funds will increase our research capacity and enable our researchers to explore further breakthroughs in the fight against childhood brain tumours.”

The Centre is a partnership between the Blizard Institute at Queen Mary University of London, University College London (UCL), and The National Hospital for Neurology and Neurosurgery, Queen Square, London. The team focuses primarily on research into glioblastoma multiforme (GBM), the most common and aggressive form of brain tumour in adults. They also work on choroid plexus tumours which are more rare, although potentially equally devastating. Choroid plexus tumours can affect people of all ages, but are most often diagnosed in children who are less than one year old.

The funding has been made possible thanks to a generous donation from another charity, The Children’s Brain Tumour Foundation, which was set up by Cheryl and Paul Davis whose son Miles was diagnosed with a brain tumour at the age of five. They joined forces with other parents, doctors and researchers in order to raise awareness and fund research, and became a Member Charity of Brain Tumour Research, which is based in Milton Keynes, Buckinghamshire.

Sue Farrington Smith MBE, Chief Executive of Brain Tumour Research, said: “We are extremely grateful to The Children’s Brain Tumour Foundation for its enormous support and commitment to our cause. Brain tumours kill more children and adults under the age of 40 than any other cancer yet, historically, just one per cent of the national spend on cancer research has been allocated to this devastating disease.” 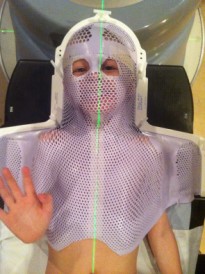 Cheryl from Bicester, Oxfordshire, said: “Miles was one of the lucky ones although it took us nine months of him vomiting and losing weight for us to finally get a diagnosis. He had surgery twice to remove an ependymoma brain tumour and had chemotherapy and radiotherapy treatment. We know that many other families are not so fortunate; brain tumours kill more children and adults under the age of 40 than any other cancer.”

Miles, 16, who has a twin Edward, and another brother Lucas, 19, is now in his GCSE year at school. His mum added: “We feel so lucky that Miles is a brain tumour survivor and is doing so well. So many families we came to know through his treatment have lost children. Of six kids all diagnosed around the same time as Miles only two are left. One boy passed away just two years ago, which was very tough for Miles.”

Like many dealing with the devastation of a brain tumour diagnosis, the Davis family were shocked to learn how little research was taking place in the UK due to a lack of funding and that the treatment protocol for brain tumours had been written as long ago as 1999.

Nine years after starting their charity, they are winding it up and donating the balance of their fundraising to Brain Tumour Research.