Blizard researchers studying the most common and aggressive type of brain tumour in adults have discovered a new way of analysing diseased and healthy cells from the same patient. 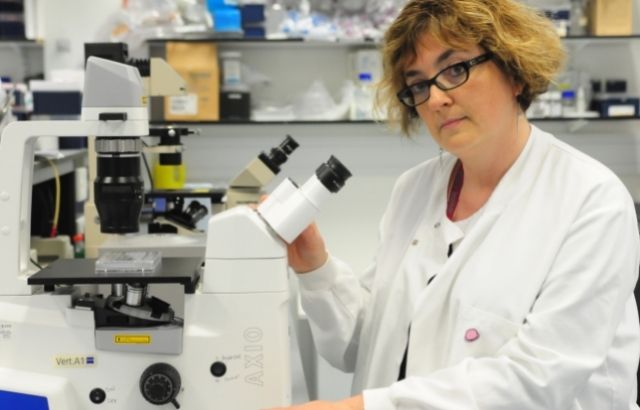 A team at the Brain Tumour Research Centre of Excellence at the Blizard Institute, Queen Mary University of London has established an entirely new experimental research pipeline which, in a trial involving ten patients, has revealed new insights into how glioblastoma multiforme (GBM) develops, identifying potential new targets for individualised treatments. It could also help predict a patient’s response to drugs currently in clinical use for other diseases which would be extremely valuable as the average survival time for this type of brain tumour is just 12 to 18 months.

Crucially, the work which has been funded by the charity Brain Tumour Research could pave the way for truly personalised treatment for patients diagnosed with GBM. Only 25 per cent of patients with this type of brain tumour survive for more than one year and just 5 per cent live for more than five years.

Their paper, Comparative epigenetic analysis of tumour initiating cells and syngeneic EPSC-derived neural stem cells (SYNGN) in glioblastoma, is published in the high impact journal Nature Communications today (Thursday 21 October). Professor Silvia Marino, who leads the team, said: “We have used this powerful technique to identify changes in the function of genes that occur in GBM that do not entail a change in the genetic code (epigenetics). This has revealed new insights for how GBM develops and identified potential new targets for individualised treatments.” 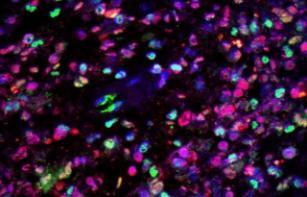 By using a combination of laboratory work and sophisticated analytical computer programmes, the team at the Blizard Institute has identified significant molecular differences which could be exploited to develop new treatments. It is an innovative approach enabling the comparison of normal and malignant cells from the same patient helping to identify genes that play a role in growth of the tumour.

The research is particularly significant as GBM is the most common malignant brain tumour in adults. Its aggressive nature means it spreads extensively into surrounding brain tissue making complete removal by surgery almost impossible. It is extremely resistant to radiotherapy and chemotherapy meaning it is very likely to recur following treatment.

Hugh Adams, spokesman for Brain Tumour Research, said: “The complex nature of this particular tumour type means that the standard of care for these patients has not changed in a generation so this research brings much-needed hope for the future. One of the main challenges in developing effective treatments for GBM is that the tumour exhibits significant variation between patients and there can even be significant variation within a single patient’s tumour. These variations can arise from change to the cell’s genetic code – known as mutations – combined with changes to how specific genes are controlled.

“There is strong evidence that GBM cells develop from neural stem cells but previous studies have not been able to compare tumour cells and their putative cell of origin from the same person. Prof Marino and her team have now harnessed state-of-the-art stem cell technologies and next-generation DNA sequencing methods to compare diseased and healthy cells from the same patient. Their results have shown how this approach can reveal novel molecular events that appear to go awry when GBM develops, thereby identifying targets for potentially new treatments.”

The results of the team’s work have shown how this approach can reveal novel molecular targets for potentially new treatments. For example, the results reveal how some GBM tumours can control the movement of regulatory T cells, a type of immune cell and has also revealed epigenetic changes that could be used to predict the response to drugs currently in clinical use.

Brain tumours kill more children and adults under the age of 40 than any other cancer yet historically just 1 per cent of the national spend on cancer research has been allocated to this devastating disease.

Brain Tumour Research funds sustainable research at dedicated centres in the UK. It also campaigns for the Government and the larger cancer charities to invest more in research into brain tumours in order to speed up new treatments for patients and, ultimately, to find a cure. The charity is calling for a national annual spend of £35 million in order to improve survival rates and patient outcomes in line with other cancers such as breast cancer and leukaemia and is also campaigning for greater repurposing of drugs.

This article was adapted from the original article published by Brain Tumour Research on Thursday 21 October.