Scientists from Queen Mary University of London, funded by the charity Brain Tumour Research and the Medical Research Council, have found a new way to starve cancerous brain tumour cells of energy in order to prevent further growth. 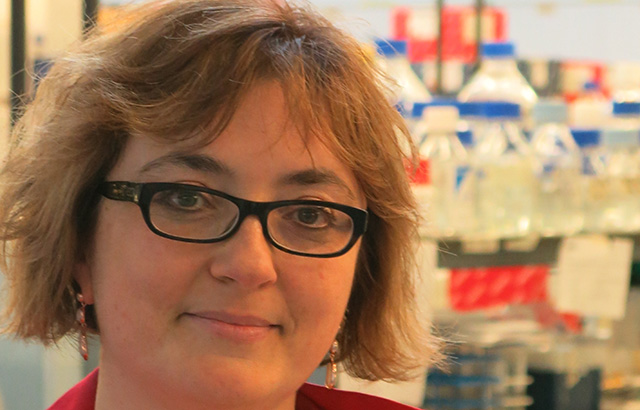 The pre-clinical research in human tissue samples, human cell lines and mice could lead to changes in the way that some children with medulloblastoma are treated in the future, if the findings are confirmed in human clinical trials.

Medulloblastoma is the most common high-grade brain tumour in children. Some 70 are diagnosed in the UK each year. Survival rate is 70 per cent for those whose tumour has not spread but it is almost always fatal in cases of recurrent tumour.

The research, published in the high impact journal Nature Communications, looks at inositol hexaphosphate (IP6), a naturally occurring compound present in almost all plants and animals, and showed how it inhibits medulloblastoma and can be combined with chemotherapy to kill tumour cells.

Lead researcher Professor Silvia Marino from the Brain Tumour Research Centre of Excellence at Queen Mary University of London said: “Medulloblastoma occurs in four distinct subgroups (WNT, SHH, G3 and G4). Despite our growing knowledge of the molecular differences between these subgroups, current options are surgery together with radiotherapy and/or chemotherapy for all patients. We desperately need to understand the key molecular events driving tumour growth in each subgroup to design new, less toxic, targeted treatments.”

“G4 medulloblastoma is the least understood of all subgroups, despite being the most common and associated with poor prognosis. We have identified a novel way that this type of medulloblastoma is able to adapt its metabolism and grow uncontrollably. Significantly, we have also shown how this energy supply can be blocked. These exciting results bring hope of developing new targeted treatments for patients with this aggressive paediatric brain tumour.”

Normal cells are able to switch specific genes on and off as required to control their growth. Known as epigenetics, this process can be disrupted in cancer, leading to over production of specific proteins that contribute to the development and growth of a tumour.

It is already known that epigenetic changes can contribute to the development of medulloblastoma. Furthermore, a protein involved in this process - known as BMI1 - is found in high levels in a broad range of cancers including brain tumours. In medulloblastoma, high levels of it are found in the G4 subgroup, where it sustains tumour growth.

Professor Marino’s team has previously demonstrated that, alongside high levels of BMI1, G4 medulloblastoma cells also lack a protein called CHD7. This combination of changes, or signature, is thought to contribute to the development of G4 medulloblastoma.

Now the team has shown that high levels of BMI1 enable the cancer cells to adapt their metabolism and grow aggressively. This change can be reversed by treating the cells with inositol hexaphosphate (IP6). The team also showed that when IP6 was combined with chemotherapy – in this case cisplatin – they observed an increased ability to kill the tumour cells in mice.

“It is great news and brings some much-needed hope for the future. There is still some way to go but we hope that a clinical trial could be up and running in the near future.

“Brain tumours kill more children and adults under the age of 40 yet, historically, just 1% of the national cancer spend has been allocated to this devastating disease. Brain Tumour Research is determined to change this.”

Peter Gardiner, from Aston Clinton, near Aylesbury, lost his 13-year-old son to medulloblastoma in November 2017. Next month, May marks six years since his diagnosis.

“I can only describe our experience as a long hell. Firstly, Ollie was diagnosed, then he went through surgery and extensive treatment. When we were told there were no further options for him in the UK, we crowdfunded £500,000 so he could have immunotherapy in Germany. It was our only hope and, sadly, it didn’t work,” he said.

Ollie’s family generously donated £187,000 of the residue of their fundraising to Brain Tumour Research which is funding post-doctoral researcher Sara Badodi who works alongside Prof Marino.

Pete said: “We were overwhelmed by the support of friends, family and strangers who stood by us in our hour of need and came together to help us do the very best we could for our son. It means the world to think that, because of him and the love people showed to us, others might not have to go through what we did.”