A core aim of the research project ‘Home, City, Street’ is to engage with the local community and with organisations and institutions in the wider public Here you can find out more about past and future events and activities that engage with the wider community around Kingsland Road 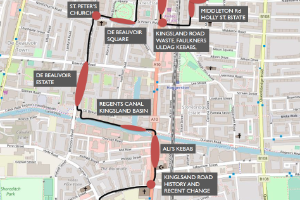 12 July 2018: A new audio walk about life on and around Kingsland Road will be launched at the Hackney Archives along with a screening of our films 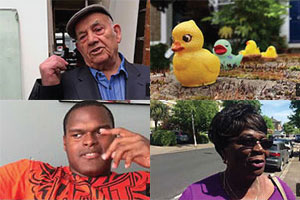 How has life changed on and around Kingsland Road? What do local residents feel about urban change in Hackney? What does it mean to feel at home, or not at home, in the city? 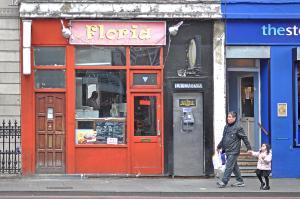 19 June 2018: the four short films were screened to a full house at  Ali's Floria Kebab Shop on Kingsland Road, with wonderful food cooked by Ali. 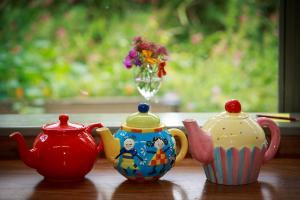 22 May 2018: the four short films were screened for local residents in the Crypt of St Peter's Church in De Beuvoir Town.

July 2017: Research participants and the wider public were invited for the screening of four short films at a Street Party at the Geffrye Museum. 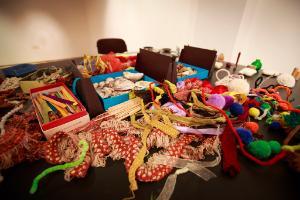 March/April 2017: On four Saturday mornings in March and April, Sue Mayo hosted 'Settlement Workshops' with the publoic at the Geffrye Museum. 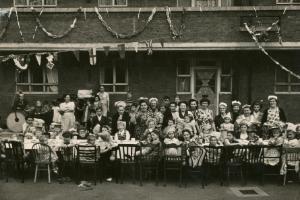 February 2017: the indoor street party launched the project at the Geffrye Museum, inviting residents and the public to participate in artists-led workshops exploring home and belonging on the Kingsland Road.