Based at the Centre for Studies of Home, a partnership between QMUL and the Geffrye Museum, ‘Home-City-Street’ is a research project funded by the QMUL Centre for Public Engagement fund and the Queen Mary Critiques grant. The research engages in collaboration with a range of local organisations and residents living on and in the vicinity of Kingsland Road. The project deepens the strong existing collaboration between QMUL and the Geffrye Museum and develops new partnerships with Eastside Community Heritage, Public Works, theatre maker, Sue Mayo, and the Ministry of Stories. These collaborations extend and develop engagement, collaboration and co-production across the academy, arts and museum sectors, delivering a series of events, workshops and activities based around the Kingsland Road.

The research project: home at the street scale

‘Home-City-Street’ explores diverse experiences and meanings of home on the Kingsland Road, a street whose diversity spans housing types and tenures, ethnicity and socio-economics, and the range of organizations rooted in the local communities. The research develops understandings of home in the wider context of the neighbourhood and the city. Taking the street as the framework for the study, the project investigates how migrant histories, domestic lives and urban spaces map onto each other and explore what it means to feel at home, or not at home, in the city. Activities so far have included a Street Party in February, 2017, intergenerational Settlement Workshops in March and April, 2017, and range of Home-City Biographies that have produced oral histories, photographs and short films that document home-city lives. These activities have enabled local residents to reflect on and share their experiences home in the city and the ways in which this is shaped by migration and other mobilities. They also provide material for the ‘Documenting Homes’ collection at the Geffrye Museum and for potential inclusion in the new ‘Home’ gallery, part of the HLF-funded development project ‘Unlocking the Geffrye’. 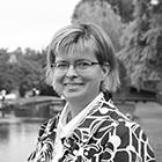 Alison Blunt, Professor and Head of School for Geography at Queen Mary University of London, is directing the research project. Alison's research interests span geographies of home, empire, migration and diaspora, including research on imperial domesticity in British India, Anglo-Indian women and the spatial politics of home and homeland, settlement houses and new ways of dwelling in the city, and the city as home for people living in diaspora. 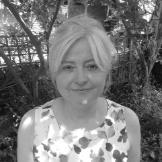 Eleanor John is Head of Collections and Exhibitions at the Geffrye Museum. She led the curation of the re-display of the seventeenth- and eighteenth-century galleries in 2006 and has managed the exhibition programme, co-curating a wide range of exhibitions since 2001. These include ‘The West Indian Front Room: memories and impressions of black British homes’ (2005), ‘Ethelburga Tower: at home in a high-rise’ (2009) and ‘At Home in Japan: beyond the minimal house’ (2011). Her research interests focus on the homes of London’s middling sorts from 1570-1800. She has published on this in Regional Furniture, 2008 and is working on a book on the subject. 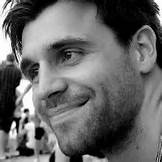 Dr Casper Laing Ebbensgaard is a Levhulme Early Career Fellow at QMUL.  His research is breadly concerned with how everyday practices, routines and sensory experiences are conditioned by the ways the built environment is given shape through a variety of urban design and planning practices, but specifically through lighting design and landscaping. During his doctoral research and his current Leverhulme funded research project Luminous Verticality, he explores nocturnal domesticity and the role of lgihting in high-rise residential living. 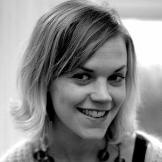 Dr Olivia Sheringham is a lecturer in Human Geography at Queen Mary University of London. Her research interests span migration and religion, creolization and identity formation, and geographies of home and the city. She is currently working with Alison Blunt and Casper Laing Ebbensgaard on a project examining home, city and migration in East London, and is also  involved in an ongoing collaborative project called Globe led by artist, Janetka Platun. Her publications include Transnational religious spaces: Faith and the Brazilian migration experiences (Palgrave Macmillan 2013), Encountering Difference (with Robin Cohen, Polity 2016), and several peer-reviewed articles in journals including Ethnic and Racial Studies, Diaspora: a Journal of Transnational Studies and Portuguese Studies.