New research involving scientists from Queen Mary University of London has found evidence of protective immunity in people up to four months after mild or asymptomatic Covid-19. 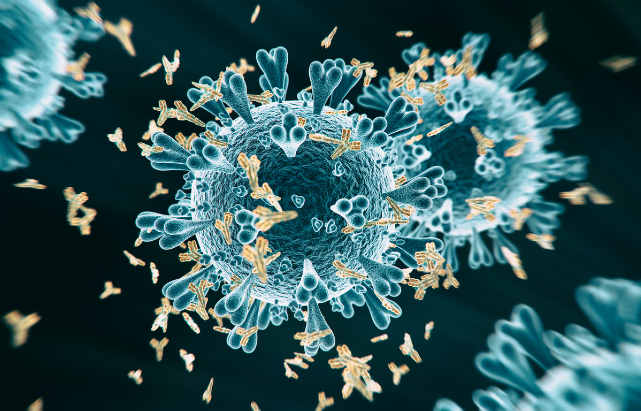 The study, published today in Science Immunology, analysed antibody and T cell responses in 136 London healthcare workers who had mild or asymptomatic Covid-19 infection dating back to March 2020.

The researchers found most also had T cells capable of recognising multiple different parts of the virus, however the two responses did not always persist in harmony, with some individuals showing T cell immunity but no evidence of antibodies, and vice versa.

Mr Joseph Gibbons, a Postdoctoral Research Assistant at Queen Mary, said: “Our study of SARS-CoV-2 infection in healthcare workers from London hospitals reveals that four months after infection, around 90 per cent of individuals have antibodies that block the virus. Even more encouragingly, in 66 per cent of healthcare workers we see levels of these protective antibodies are high and that this robust antibody response is complemented by T cells which we see reacting to various parts of the virus.”

“This is good news. It means that if you have been infected there is a good chance that you will have developed antibodies and T cells that may provide some protection if you encounter the virus again.”

From the outset of the pandemic, scientists across the globe have been working to understand how our immune system protects us against SARS-CoV-2, and how long this protection lasts.

Much of this debate around protective immunity has focussed on the different roles of B cells, which make antibodies, and T cells, white blood cells which work in several different ways to help protect from viruses, including direct killing.

In this study, the researchers show that whilst protective antibody responses were usually complemented by a T cell response, over half of the healthcare workers had mismatched antibody and T cell responses, and did not produce a T cell response specific to proteins found on the outer layer of the SARS-CoV-2 virus.

Understanding how this careful choreography of immune responses works in people with mild or asymptomatic infection is particularly important as they represent the largest infected group.

The new study also provides reassurance for vaccination efforts, suggesting that even following mild infection, individuals carry antibody and T cell immunity to many parts of the virus, known as epitopes. Whilst new variants are appearing, the changes to the virus don’t necessarily occur within these epitopes so it is hoped the vast majority of immune recognition can likely continue unperturbed.

Dr Corinna Pade, a Postdoctoral Research Scientist at Queen Mary, said: “Our study in asymptomatic and mild cases gives a positive insight into the durability of immunity to SARS-CoV-2 after four months of infection. A remarkable number of around 90 per cent of individuals have a joint force of strong antibodies that prevent the virus from entering, coupled with T cell responses to various parts of the virus to interfere with its survival. This is an important find as mild or even no symptoms of Covid-19 are very common and representative of most infections in the community. Such abundant immune responses also give hope for the long-lasting efficacy of vaccines.”

Áine McKnight, Professor of Viral Pathology at the Blizard Institute, added: “Finally, here is the evidence of lasting antibody and T-cell immunity to SARS-CoV-2 that many had been waiting for. Queen Mary played a unique role in enabling this study at a time when many laboratories were shutting down at the outset of the pandemic. Our lab remained active and made fundamental scientific observations that contributed to this paper. We continue to support the scientific effort against Covid-19 working with other London universities, NHS Health Trusts and Public Health England to help control the pandemic.”