The Centre for Law and Society in a Global Context (CLSGC) Annual Lecture 2018 will be delivered by Professor James Tully. His lecture is titled 'Two Lawyers on Nonviolence: Mohandas K. Gandhi and Richard B. Gregg'. This event is organised and chaired by Dr Maks Del Mar. 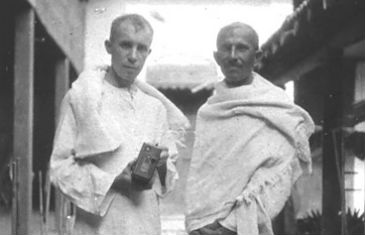 In response to the rampant violence, domination, exploitation, and inequality of the present age, as well as to the sustainability crisis they cause, there has been a remarkable revival of interest in nonviolence, both in practice and in law, social sciences and humanities. In its most ambitious form, this problematisation of global violence and unsustainability is an attempt to link nonviolence with the conditions of human and ecological sustainability, often referred to as peace ecology or eco-nonviolence. Yet, the dominant form of nonviolence today, often referred to as pragmatic nonviolence, civil resistance, or nonviolence as technique, has a narrow scope that is unfit for this Herculean task.

In the spirit of Quentin Skinner and Charles Taylor, my aim in the lecture is to retrieve and explicate an earlier tradition of nonviolence as an integrated way of life that is not only up to this task, but was specifically constructed to achieve it over the long term. It is a transformative countermodernity. This ‘integral’ nonviolence was developed by two lawyers, Mohandas (Mahatma) K. Gandhi (1869-1948) and Richard B. Gregg (1885-1974). It was elbowed aside by ‘pragmatic’ nonviolence after the assassination of Martin Luther King Jr. in 1968. The question at the heart of the Gandhi-Gregg tradition is: What kinds of nonviolent relations with oneself (ethics), other human beings, the living earth, and the spiritual dimension of existence animate and co-sustain all interdependent living beings? The answer Gandhi gave was his ‘basic law of our being’ - satyagraha - and Gregg translated it into a language understandable to Westerners in his classic text, The Power of Nonviolence (1930, 1934, 1944, 1959).

James Tully is Professor Emeritus, Law and Social Science, University of Victoria, and author of Strange Multiplicity: Constitutionalism in an Age of Diversity (1995), Public Philosophy in a New Key (2008), On Global Citizenship (2014), & editor of Richard Gregg, The Power of Nonviolence (forthcoming). 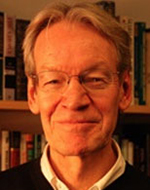 James Hamilton Tully is the Distinguished Professor of Political Science, Law, Indigenous Governance and Philosophy at the University of Victoria.

His two-volume work, Public Philosophy in a New Key (Cambridge University Press 2008), was awarded the C.B. Macpherson Prize by the Canadian Political Science Association for the best book in political theory written in English or French in Canada 2008-10. He is consulting editor of the journals Political Theory and Global Constitutionalism, co-editor of the Clarendon Works of John Locke and former co-editor of the Cambridge Ideas in Context Series. He has published 11 authored & edited volumes and 90 chapters and articles on political theory, the history of political thought, Canadian political and legal theory and Indigenous politics.

At UVic Professor Tully is a founding member of the Indigenous Governance Graduate Programs (IGOV), the Consortium on Democratic Constitutionalism (Demcon) and a member of the Cultural, Social and Political Thought graduate program (CSPT).

He taught courses at the undergraduate and graduate level on contemporary political theory, the history of political thought, Canadian political and legal theory, and Indigenous and Non-Indigenous relationships, and continues to supervise graduate students in these areas.

Among his recent public lectures are: the Oxford Amnesty Lecture on "Rethinking Human Rights" from 2010; the Keynote Lecture on "Citizenship for the Love of the World" at Challenging Citizenship Conference, Coimbra, Portugal, 2011; the Stanley Woodward Lecture on "Diversity and Democracy After Boas" at Yale University, 2011; the James Moffett Lecture "On Global Citizenship" at Princeton in 2011; "Citizenship for the love of the World" at Cornell University, 2013 (PDF of the paper); "Life Sustains Life" as part of the Heyman Centre Series on Social and Ecological Value at Columbia University in 2013; "Civic Freedom in an Age of Diversity", with Groupe de Recherche sur les sociétiés plurinationale in Montreal, 2014; "On Civic Freedom Today" at The Encounter with James Tully, organized by Chantal Mouffe with the Centre for the Study of Democracy at the University of Westminster, 2014; the Sustainability Lecture, "Reconciliation Here on Earth" at Dalhousie University in 2014.