If you are interested in visiting the Centre, please get in touch with one of the Centre Directors. 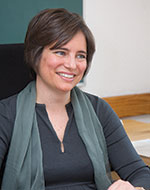 Amalia Amaya is Research Fellow at the Institute for Philosophical Research at the National Autonomous University of Mexico. She holds an LLM and a PhD from the European University Institute and an LLM and a SJD from Harvard Law School. She works primarily in philosophy of law, with a particular focus on legal reasoning and epistemology, theories of justice, and international normative theory. She is the author of Law, Virtue, and Justice (co-edited with Ho Hock Lai) (Hart Publishing, 2012) and The Tapestry of Reason: An Inquiry into the Nature of Coherence and its Role in Legal Argument (Hart Publishing, 2015). She is currently working on three, related, projects. Her main research project is on law, virtue and character. More specifically, she is working on a book manuscript that aims to articulate and defend a virtue-approach to legal reasoning and judicial ethics. She is also interested in exploring the role of exemplarity in contemporary legal and political culture and, especially, its implications for problems concerning the nature of authority. Finally, she is engaged in research on the relevance of fraternity as a legal and political ideal, which addresses the conceptual, practical, and institutional dimensions of the idea of fraternity. 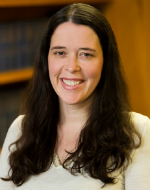 Nicole’s research field is the philosophy of law, where she specialises in theorising the interactions of state and non-state legal orders (including Indigenous, international and transnational law) and the resulting challenges of pluralist jurisprudence. Nicole is the author of Authorities: Conflicts, Cooperation, and Transnational Legal Theory (OUP, 2013) and is co-editor (with Andrew Halpin) of In Pursuit of Pluralist Jurisprudence (CUP, 2017). Nicole is currently working on a new monograph, Officials, which examines the centrality of the idea of the legal official to accounts of law’s normativity. In January 2018, Nicole took up a Rutherford Discovery Fellowship awarded by New Zealand’s Royal Society Te Apārangi, to pursue a five-year project on Legalities: Jurisprudence without Borders. Her ongoing collaborative projects examine fiduciary theories of the state, theories of recognition, and the theoretical foundations of indigenous laws.

Professor Wibren van der Burg is Professor of Legal Philosophy and Jurisprudence at Erasmus University Rotterdam, a post he has held since August 2008. Prior to Rotterdam, he was Professor of Jurisprudence (‘Metajuridica’ or the interdisciplinary study of law) at Tilburg University, where he also directed the NWO-‘PIONIER’ research programme ‘The Importance of Ideals in Law, Morality, and Politics’. From 1986 until 1994, he worked in Utrecht at the Centre for Bioethics and Health Law and at the Department of Philosophy. Professor van der Burg has broad-ranging research interests at the intersection of law, ethics and society. A special focus in his research is on how law and politics should deal with the dynamics of cultural and religious pluralism. A second focus is on the methods of legal research. His most recent book is ‘The Dynamics of Law and Morality: A Pluralist Account of Legal Interactionism’ (Ashgate 2014), which, building on the work of Lon Fuller and Philip Selznick, discusses, inter alia, the concept of global legal pluralism.

Paul Schiff Berman, Walter S. Cox Professor of Law at George Washington University Law School, is one of the world’s foremost theorists on the effect of globalization on the interactions among legal systems. He is the author of nearly fifty scholarly works, including Global Legal Pluralism: A Jurisprudence of Law Beyond Borders, published by Cambridge University Press in 2012. He was also among the first legal scholars to focus on legal issues regarding online activity, and he is co-author of one of the leading casebooks in the field.

In addition to his scholarly work, Professor Berman has extensive experience in university and law school administration, having served as Vice Provost for Online Education and Academic Innovation at The George Washington University from 2013-16; Dean of The George Washington University Law School from 2011-13; and Dean of the Sandra Day O’Connor College of Law at Arizona State University from 2008-11. Professor Berman has previously served as the Jesse Root Professor of Law at the University of Connecticut School of Law, where he taught from 1998-2008. For the 2006–07 academic year, Professor Berman was a Visiting Professor and Visiting Research Scholar at Princeton University in the Program in Law and Public Affairs. From September 2016 to August 2019 he will serve as a Visiting Professor at the University of London, Queen Mary's College. He also serves on the Organizing Committee of the Association for the Study of Law, Culture, and the Humanities and is Co-Chair of the International Law and Technology Interest Group of the American Society of International Law.

Prior to entering law school, Professor Berman was a Professional Theater Director in New York City and Artistic Director of Spin Theater, a not-for-profit theatre company. He was also administrative director of two other not-for-profit theatre companies in New York City: The Wooster Group and Richard Foreman’s Ontological-Hysteric Theatre at St. Mark’s Church.

Professor Ackerman will be Senior Visiting Research Fellow, and based in the Schools of Law and History from late March to early June 2018.

His main research project during his visit at Queen Mary is on the systematic reconstruction of late Professor Neil MacCormick’s legal philosophy in terms of two key notions: Reason and Institution. This research project is awarded grants from the Japan Society for the Promotion of Science (KAKENHI) and the Inamori Foundation (Inamori Grants).

He is also undertaking a research project on the reexamination of legal philosophy in the age of globalisation, about which he is the author of several academic articles. He is a member of several research groups on ‘Law and Globalisation’ in Japan.

He has recently started a research project on the legal philosophy of space, especially focusing on the development of extraterrestrial natural resources.

Lauren Benton is a comparative and world historian whose research focuses on law in European empires, the history of international law, and Atlantic world history. Her books include A Search for Sovereignty: Law and Geography in European Empires, 1400-1900 (Cambridge University Press, 2010) and Law and Colonial Cultures: Legal Regimes in World History, 1400-1900 (Cambridge University Press, 2001), which was awarded the J. Willard Hurst Prize and the World History Association Book Prize. She has coedited two books, including most recently, with Richard Ross, Legal Pluralism and Empires, 1500-1850 (New York University Press, 2013). A book currently in press with Harvard University Press and coauthored with Lisa Ford analyzes the British Empire and the origins of international law in the early nineteenth century world.

Benton received her A.B. degree from Harvard University in 1978 and a Ph.D. in anthropology and history from Johns Hopkins University in 1987. She began her scholarly career as an economic anthropologist and wrote about off-the-books labor in Spain and Latin America (e.g., Invisible Factories: The Informal Sector and Industrial Restructuring in Spain, SUNY Press, 1989). Before coming to Vanderbilt, Benton was professor of history at NYU from 2003 to 2015, where she also served as Dean for the Humanities and Dean of the Graduate School.

Her visit is organised by Maks Del Mar, and is co-hosted by the Departments of Law, History and Geography.

She was involved in the following events at QMUL:

Dr Nathanael Tilahun Ali is a lecturer in public international law at Erasmus University Rotterdam, the Netherlands. He is also a post-doctoral researcher and coordinator of a major interdisciplinary research project on rule of law at Erasmus. During his visit at Queen Mary, he will be developing research projects that study the involvement of private companies in immigration control and the advent of risk management approach in international governance of terrorism financing, to be submitted to the Netherlands Organisation for Scientific Research (NWO). Dr Ali has previously held visiting fellowships at the Lauterpacht Center for International Law in Cambridge and Hofstra University in New York. Dr Ali's visit is from 1 September till 31 December 2016, and he can be reached at ali@law.eur.nl or n.t.ali@qmul.ac.uk.

Professor Brian Z Tamanaha is a renowned jurisprudence scholar and the author of eight books and numerous scholarly articles, including his groundbreaking book, Beyond the Formalist–Realist Divide: The Role of Politics in Judging. His articles have appeared in a variety of leading journals, and his publications have been translated into eight languages. Also an expert in law and society, he has delivered lectures in Brazil, Indonesia, Japan, France, the Netherlands, Colombia, Singapore, Australia, Canada and the United Kingdom. He spent a year in residence as a Member of the Institute for Advanced Study in Princeton. Professor Tamanaha is the recipient of several book prizes and awards, including Professor of the Year, and a frequent speaker and lecturer at legal conferences throughout the United States and abroad. His professional affiliations include serving as a past member of the Board of Trustees of the Law and Society Association. Before becoming a law professor, he clerked for the Hon Walter E Hoffman, US District Court for the Eastern District of Virginia. He also practiced law in Hawaii and Micronesia, where he served as legal counsel for the Micronesian Constitutional Convention, Assistant Attorney General for the Yap State and Assistant Federal Public Defender for the District of Hawaii. He then earned a doctorate of juridical science at Harvard Law School. 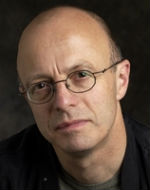