A new HIV research centre is being set up by Queen Mary academics to address health inequalities and improve quality of life for everyone affected by HIV. 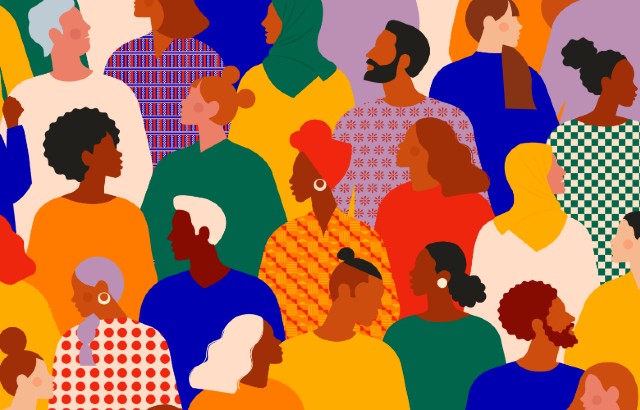 The dedicated centre, based in London, will explore why some groups of people fare much worse than others following an HIV diagnosis. The team of clinicians, scientists, and members of the community will find ways to prevent future HIV infections and trial innovative new treatments.

In the past, HIV infection nearly always resulted in death, but now, with prompt diagnosis and the right treatment, it can be a manageable long-term condition with those affected likely to live long and healthy lives.

However, this is not the case for everyone. For those who are unaware of their diagnosis or where treatment is difficult or out of reach, HIV still causes poor health, reduced quality of life and even early death. East London has some of the highest rates of HIV infection in England, and people in boroughs such as Tower Hamlets, Newham, and Waltham Forest endure some of the worst health outcomes in the whole of the UK.

'A better quality of life for everyone affected by HIV'

Chloe Orkin, Professor of HIV Medicine at Queen Mary University of London, who is setting up and leading the research centre, says that there are many underlying reasons why people in East London fare particularly badly: “HIV has the greatest impact on some of the most marginalised and socially disenfranchised population groups in society, including people from black and ethnic minority communities and those living in poverty. These groups are also more likely to experience other health conditions such as hepatitis, heart problems, and poor mental health, plus stigma remains high, all of which get in the way of good HIV and sexual health outcomes.

“We know that people who are diagnosed late or who have other health problems often experience poorer health, and this is often the case among more marginalised and minority groups which tend to experience multiple health inequalities. We need to find better solutions that are tailored to people’s circumstances and which will enable more people to live longer healthier lives. My hope is that our research programme will lead to a better quality of life for everyone affected by HIV, within the diverse communities of East London, as well as throughout the UK and beyond.”

A focus on new treatments

One area of focus will be the development of new treatments for the 8,100 people with HIV in the UK who find daily oral therapy hard to manage. Alongside, the researchers plan to proactively design treatment trials to encourage involvement from historically underrepresented groups, such as women, older people, and people from black and minority ethnic backgrounds.

The Sexual Health and HIV All East Research (SHARE) Collaborative has received more than £1.6 million funding from Barts Charity. It will bring together expertise from Queen Mary University of London and Barts Health NHS Trust.

Shamal Waraich, from Waltham Forest, was diagnosed in 2013, and says: “As an individual living with HIV from a Muslim British South Asian background, I found it a huge challenge accessing my sexual health clinic in East London. The work of the SHARE collaborative is hugely important to identify the barriers to accessing sexual health services for South Asian communities.

“As a peer support worker, I use my lived experience to support other individuals living with HIV, encouraging them to dismantle self-stigma and shame, empowering them to live well with the virus. As a responsible sexually active adult, it is my responsibility to engage with sexual health services to prevent, treat and protect myself and my partners from contracting/transmitting sexually transmitted infections.

“As we work towards London becoming one of the first cities to eliminate all new HIV transmissions by 2030, it is crucial we work with minority ethnic and marginalised communities at a local level to educate them on the importance of testing, prevention and treatment for HIV – a manageable long term chronic condition.”