Giuseppe Trigiante and Andrea Cerase from the Centre for Genomics and Child Health at the Blizard Institute are currently running a project funded by Barts Charity, aiming to uncover the role of long noncoding RNAS (lncRNAs) in neuronal function. In this explainer, they discuss the role and function of lncRNAs, how they are involved in neurodevelopmental disease, and the importance of understanding this connection. 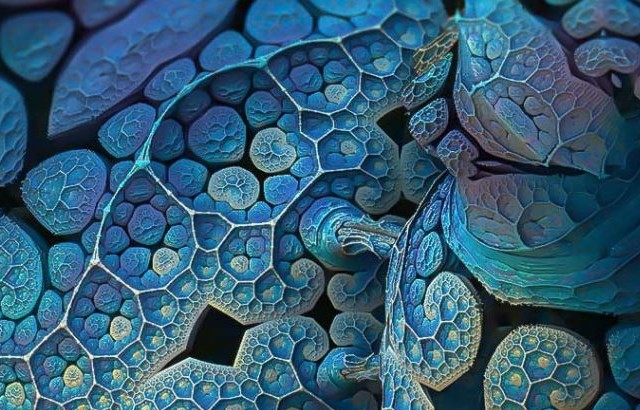 RNA is a nucleic acid produced by all living species. Although very similar to DNA, it plays completely different roles in living cells. Whereas DNA is the storage molecule for genetic information and the basis for hereditary transmission of characters, the roles of RNA are multiple and, so far, not completely understood. At first, about 70 years ago, it was discovered that one kind of RNA (so called messenger RNA or mRNA in short) carries the information contained in the DNA from the nucleus to the cytoplasm where it is translated into proteins.

Subsequently more types of RNAs were found which play other roles in protein translation, for example forming the ribosomes (ribosomal RNA or rRNA) and matching specific amino acids to the corresponding sequence on mRNA (transfer RNAs, tRNA).

For a long time these were thought to be the only functional roles of RNA in cells; however, in the last 30 years it became increasingly evident that a large number of RNAs exist which are produced but neither translated into protein nor directly involved in the protein synthesis machinery.

Some of these, such as microRNAs (miRNA) have regulatory roles in protein synthesis by binding to and inactivating target/complementary mRNAs. The role of many others is not completely understood, and most of these have been labelled “long noncoding RNAs” (lncRNAs). This definition simply summarizes the known facts that, unlike miRNAs, they are long (more than 200 bases) and do not encode any proteins.

Because of the apparent lack of function these transcripts were once considered the “junk” or “dark matter” of the genome. However, in the last 20 years, their subtle and crucial role in regulating gene expression has been discovered. We now know that lncRNAs can act as “gatekeepers” of DNA allowing the expression of some genes and the silencing of others. They can do this in a variety of ways, for example: by directly binding the switches of the genes (“promoters”), regulating the ON/OFF state of a gene, or regulating the position of a gene in the nucleus and, in turn, regulating its activity.

LncRNAs are involved in neurodevelopmental disease

Because of their important role in gene expression regulation, it should not be surprising to assume that any malfunction of lncRNAs, for example due to mutations, could have even serious consequences on the normal development of body organs. In fact, this is exactly what has been found by comparing the sequences of these RNAs in normal people versus diseased individuals.

In the field of neurology, mutations in lncRNAs have been associated with abnormalities of neurological development or neurodegenerative diseases such as Alzheimer’s, Parkinson’s, Huntington’s and ASD (Autism spectrum disorder). Given the high personal and social impact of these diseases, it is very important to understand how these RNAs carry out their activity and what goes wrong following disease-causing mutations.

The study of lncRNA function

In order to understand the role of neurological disease associated lncRNAs, scientists have developed model systems for the human brain. It is possible to grow and study the fundamental cells of the brain (neurons) individually as well as their reaction to genetic changes. It is possible, for example, to engineer neurons to carry a particular mutation, or to “silence” a particular gene (protein coding or not), then test how well the neurons can develop and, once mature, how they carry out their basic function of generating and transmitting electric signals. If any abnormalities are detected in these two processes, the investigation can continue by taking “snapshots” of the cell’s RNA and protein collections at any time and screening it for differences which could be ascribed to the lncRNAs, and ultimately elucidating the mechanism of action and disease causation.

We are currently running a project funded by Barts Charity, aiming to uncover the role of lncRNAs in neuronal function. In brief, we have selected lncRNAs in mouse, that are conserved in humans, and whose mutation is linked to a known neurological or psychiatric disorder. Using a modified version of CRISPR/Cas9 – a system allowing specific gene targeting – we can silence selected lncRNAs and test their role in neuronal function. We are currently conducting these experiments and we are looking forward to reporting and discussing this results in due time. We hope that our results can pave the way to new, RNA-based therapeutic approaches for treating neurological disorders.

About the Cerase Lab

The Cerase Lab is based at the Blizard Institute, part of Barts and The London School of Medicine and Dentistry at Queen Mary University of London. The team is currently working on X Chromosome inactivation (XCI) and XCI reversal using different experimental approaches. The lab is also interested in X-linked neurodevelopmental disorders such as Rett and CDKL5 syndromes and female-biased neurological disorders. The long-term lab plan is to study the epigenetic basis of brain development in health and disease with a particular focus on the role of lncRNAs and chromatin architecture.