On Tuesday 9 July, Charles Perrin CBE and his wife Gill visited the Blizard Institute to view his 2018 donation on display outside the Perrin Lecture Theatre at Queen Mary’s Whitechapel campus. 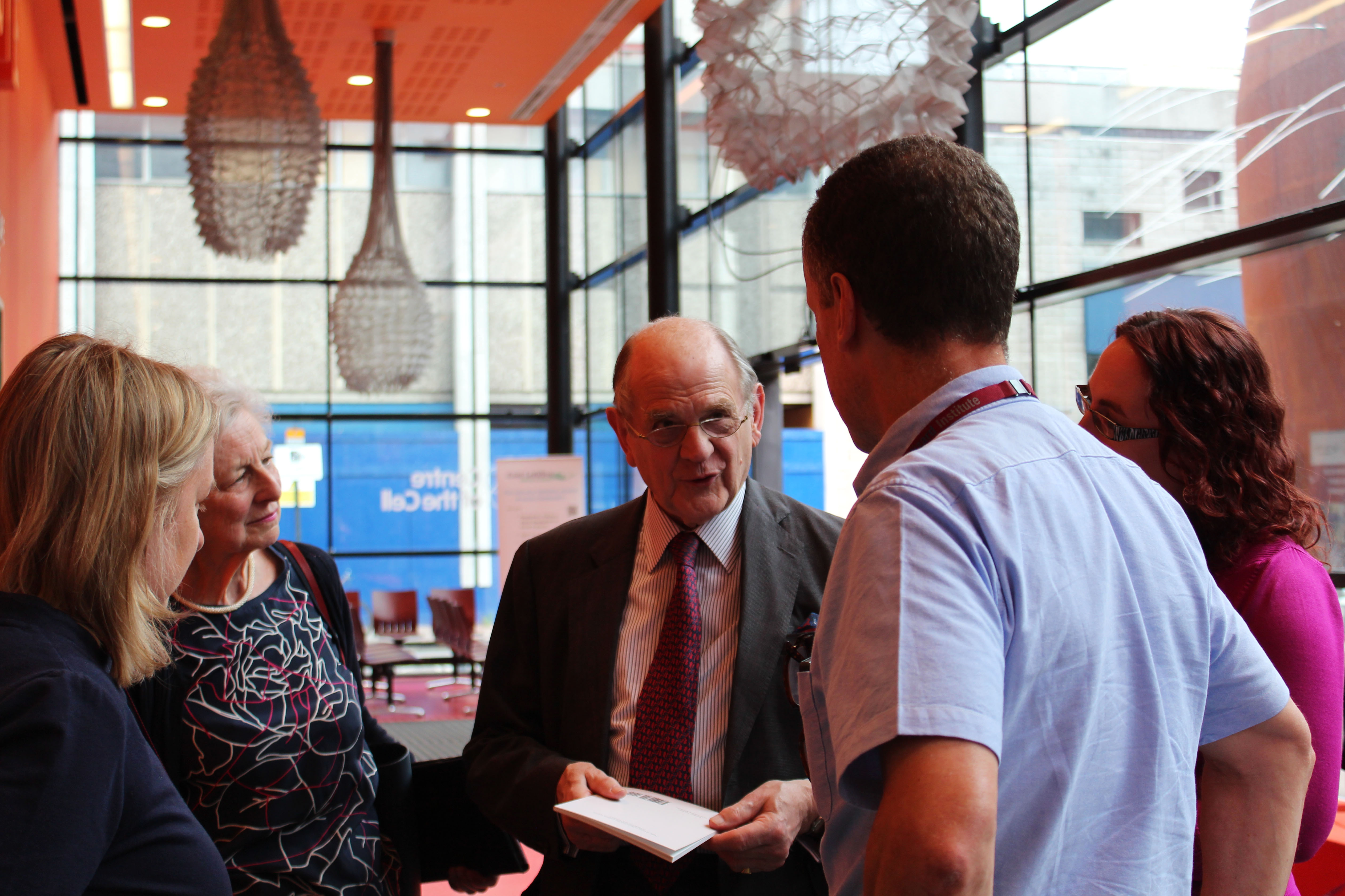 Charles and his wife were met by Blizard Institute Director Professor Tim Warner, Institute Manager Dr Natalie McCloskey, and Clare Button, who oversaw the installation of the exhibition.

Charles Perrin CBE was a Member of Council and College Treasurer at Queen Mary University of London from 1997-2009. His donation in 2018 was of a 1786 Blizard Volume depicting Sir William Blizard’s lecture to the scholars of the Maritime School at Chelsea, an important item of Barts and The London history. Charles also funded the acquisition of a display cabinet, and assisted the Archives team on suitable arrangements for display, also providing useful information around the provenance of the piece. The Royal London Hospital Museum and Archives now join a list of notable custodians of the item, including previously Harry Milsom, former Secretary of the London Hospital.

Sir William Blizard is a notable figure in the history of Barts and The London. He founded England’s first hospital-based medical school at The London Hospital in Whitechapel, offering a new kind of medical education that taught theory as well as clinical skills. Sir William studied at the London Hospital and attended lectures including those of William Hunter, the Scottish surgeon, teacher, and art collector. He was appointed surgeon to the London Hospital in 1780, and with Robert Maclaurin, founded its School of Medicine in 1785. This later formed what is now Queen Mary’s Barts and The London School of Medicine and Dentistry, of which the Blizard Institute is part.

The exhibition is currently on display outside the Perrin Lecture Theatre at Sir William’s namesake the Blizard Institute. Alongside the volume donated by Charles sits a set of Sir William’s amputation instruments and a tourniquet from the museum collections. They stand as an appropriate reminder of our history for all to see, and serve as inspiration to our students and academics.