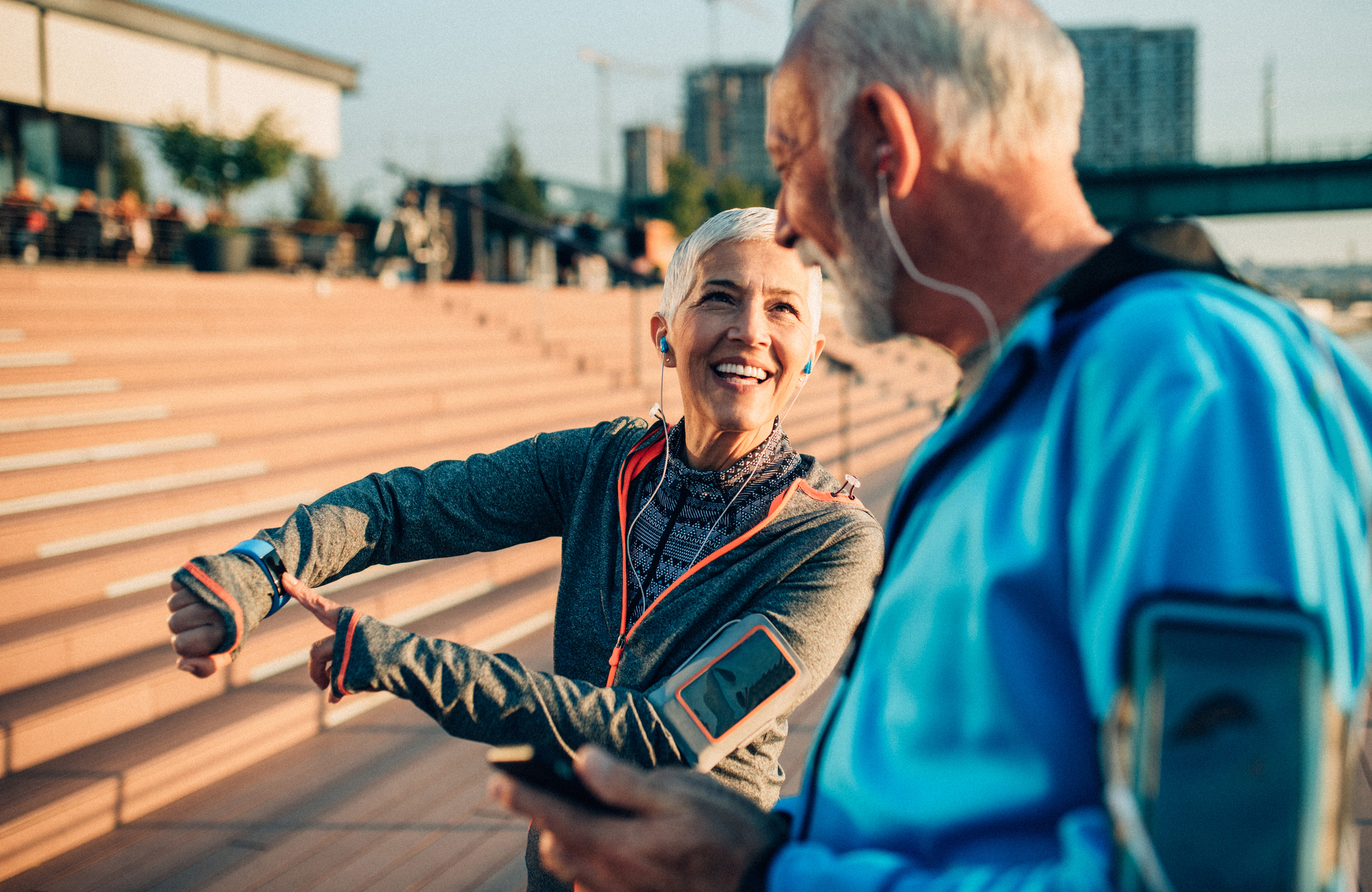 Participants who used pedometers in the PACE-UP and PACE-LIFT studies showed significantly fewer cardiovascular events, including heart attacks and strokes, as well as suffering fewer fractures, compared with those in the control groups in the studies.

Sally Kerry from the Centre for Primary Care and Public Health at the Blizard Institute said: “The Pragmatic Clinical Trials Unit at Queen Mary worked with the team at St Georges to design, conduct and analyse both PACE-Up and PACE-Lift trials, which demonstrate that a simple short-term pedometer-based walking intervention can produce an increase in step-counts over several years and importantly, long-term health effects.

The original PACE-UP and PACE-LIFT clinical trials were led by Professor Tess Harris of St George’s, University of London and funded by the National Institute for Health Research (NIHR). In both studies, groups of primary care patients were given pedometers, 12-week walking programmes, and physical activity diaries. The patients in PACE-UP were predominantly inactive 45-75 year olds, while in PACE-LIFT the patients were 60-75 years old. In both groups, the intervention patients were found to have increased their activity levels 12 months later and also 3-4 years later, compared to patients in a control group.

In this study, the researchers sought to link trial data with participants’ primary care records to test the intervention effects from both trials on longer-term health outcomes. They looked at the electronic primary care data records for 1001 PACE-UP and 296 PACE-LIFT participants. They found that there were significantly fewer new cardiovascular events and fractures in intervention participants at 4 years. Approximately 60 people needed to receive the walking intervention to prevent one cardiovascular event and approximately 28 to prevent one fracture.

Professor Tess Harris said: “With each stage of these trials we have seen that simple short-term pedometer-based walking interventions can produce an increase in step-counts and in the time that people spend doing moderate intensity physical activity; and now we can see corresponding long-term health effects. This type of intervention can have a long-lasting effect and should be used more widely to help address the public health physical inactivity challenge.”