Rett syndrome is a rare and devastating neurological disorder. It is a genetic disease caused by a mutation on the X chromosome, and affects almost only girls. Andrea Cerase from the Centre for Genomics and Child Health discusses his research into rare disease differences between sexes, and the implications for treating epigenetics-based disorders. 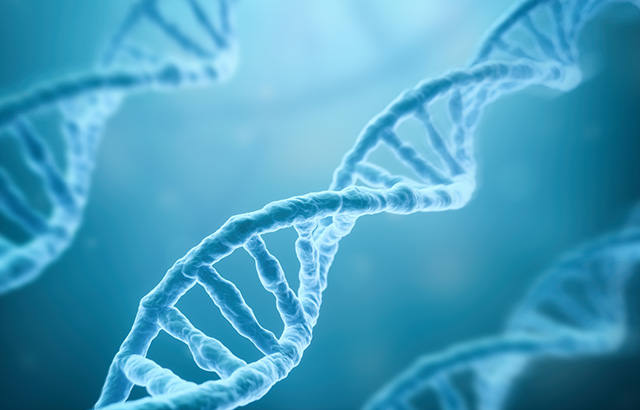 Baby girls affected by Rett syndrome show impaired cognitive abilities and autistic behavior, often from their first year. This is because one of their X chromosomes has a mutation in the MECP2 gene. Baby boys, however, have one X chromosome and it almost never carries this mutation. Could this be an extreme case of “sexist mutation”, or have males found a way to protect their unique X chromosome?

Neither one nor the other actually: the mutation in the MECP2 gene on the X chromosome arises probably as often in female as in male fetuses. But female fetuses have a genetic advantage: since they have two X chromosomes, they only express the mutated one in about 50 per cent of their cells and still have about 50 per cent of healthy cells. The fetus doesn’t develop in an ideal way, but it can still live and the little girl is born with a severe disability. This is the consequence of a balancing process called ‘X chromosome inactivation’, by which one of the two X chromosomes in females is randomly silenced to achieve an equilibrium in X‐linked gene expression between sexes.

Male fetuses on the other hand have only one X chromosome which is then expressed in all cells: since nothing can compensate for the mutation, the fetus cannot develop properly and doesn’t survive birth. Very few boys are born with Rett syndrome because the fetuses affected never make it that far. Although it is counter-intuitive, it is actually the females who have a way to protect themselves from the MECP2 mutation on the X chromosome.

The X chromosome is important for brain development

Many genes on the X chromosome regulate brain development and function. Reactivation of the inactive X chromosome can therefore be critically important for several genetic diseases, ranging from poorly-characterised genetic diseases such as CDKL5 and Fragile-X syndromes to more frequent and better-described diseases, such as Rett syndrome. These diseases are associated with autistic behavior or severe intellectual disability and neuropsychiatric traits.

From rare disorders to common diseases – the role of epigenetics

Compensation of the genetic differences between males and females is a reversible gene regulation mechanism, and it is also defined as an epigenetic mechanism (from Greek: on top of genetics). This type of reversible gene regulation is used by complex, multicellular organisms to generate different cells types during development, regulate cellular functions and to programme cell death and ageing. Therefore it is incredibly important to study these rare epigenetics-based diseases as the knowledge gained in these studies can be used for treating other genetic disorders, such as mental health disorders associated with epigenetic/reversible gene silencing such as depression, bipolar disorder, schizophrenia or some types of cancer.