The Blizard Institute's Dr Claire Bourke and Dr Andrew Prendergast and colleagues had research published this week in the journal Science Translational Medicine, which shows for the first time that otrimoxazole treatment suppresses inflammation among people living with HIV.

In this Q&A, Dr Bourke explains the significance of the research and the implications that this might have in the treatment of other health conditions that are made worse by ongoing inflammation. 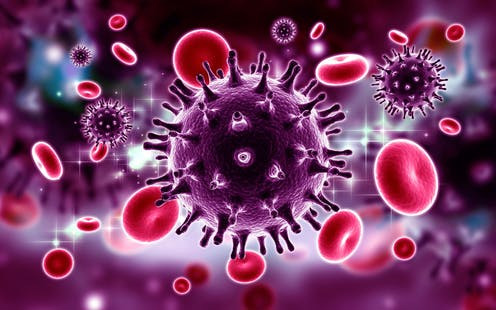 It has never before been shown that cotrimoxazole treatment suppresses inflammation, which is associated with death and disease, among people living with HIV. We show for the first time that this beneficial effect of cotrimoxazole occurs in three main ways: 1) suppression of pro-inflammatory bacteria in the gut, 2) directly reducing activation of immune cells in the blood, and 3) directly reducing production of signals that attract immune cells by the cells that line the gut (epithelial cells).

The specific effect of long-term cotrimoxazole on a small sub-set of asymptomatic bacteria in the gut microbiome (called viridans group streptococci) is surprising; this group of bacteria have pro-inflammatory effects on the immune system, but are poorly characterised in people living with HIV.

The fact that cotrimoxazole directly suppresses pro-inflammatory responses by immune cells and epithelial cells that line the gut is intriguing as it could indicate that cotrimoxazole has health benefits in other conditions made worse by inflammation in addition to its recognised role in HIV infection.

Everyone who is living with HIV infection in areas with a high risk of severe bacterial infections and malaria is recommended to receive long-term cotrimoxazole treatment together with drugs to treat HIV, so there is a growing population of people constantly taking cotrimoxazole. Despite this, our understanding of the effects of cotrimoxazole on the body, beyond its role in killing bacteria and parasites, is poorly understood. This is particularly true in many areas of sub-Saharan Africa where many of the bacteria that cotrimoxazole is used to target are resistant to treatment. Our study sheds light on why this very widely used drug continues to have long-term health and survival benefits for people living with HIV even when there are high rates of antibiotic resistance.

For people living with HIV, our study supports the current WHO guidelines to increase roll-out of cotrimoxazole treatment.

Scientifically, our study highlights the viridans group of streptoccoci and their mevalonate pathway as a focus for future study: for example, how do they interact with the cells that line the gut? How do they drive inflammation in the gut? What is their role in gut health more broadly?

Our study raises the possibility that antibiotics like cotrimoxazole may have beneficial anti-inflammatory effects in other health conditions that are made worse by ongoing inflammation.

This video, made for the wider ARROW trial, where some of the samples for this study came from, may also provide some context.