Researchers from Queen Mary University of London are calling for a police and community focus during the hours after school, after their research found that young people are most likely to be stabbed after school finishes for the day. 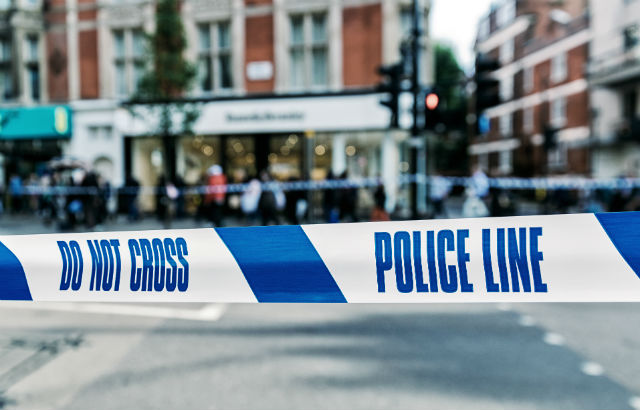 They say the findings present the opportunity to precisely target violence reduction strategies, as part of a public health approach to sustainably reduce youth violence.

In research published today in BMJ Open, researchers and doctors from Queen Mary and The Royal London Hospital call on parents, schools, community organisations and the police to join forces in a nationwide public health approach.

This year has seen a sharp increase in the number of knife crimes in Britain, with the Office for National Statistics last month releasing data showing for the year to June 2018, police recorded 14,987 knife crimes - a 15 per cent rise in 12 months. This year there have been 119 murders in London, 74 of which were stabbings.

Karim Brohi, Professor of Trauma Sciences at Queen Mary’s Blizard Institute and Consultant Trauma Surgeon at Barts Health NHS Trust said: “This work shows that children and young people in London are at risk simply due to where they live and go to school. A long-term multi-agency and community approach is needed if we are to change the culture of violence that now permeates socio-economically deprived areas of London.

“Public Health approaches to violence, such as with this study, can show who is at risk and allow the community and police to respond effectively - such as through after school activities and targeted policing.”

Spike in attacks after school

They found that the frequency of attacks in children aged under 16 spiked between 4pm and 6pm on school days.  Almost half of injuries (47 per cent) in children occurred within a 1-5 km radius from home, reflecting the average distance from home to school for children living in London.

The report also shows that children have a higher overall risk of death compared with young adults despite comparable injuries.

Dr Paul Vulliamy, Clinical Lecturer at Queen Mary’s Centre for Trauma Sciences said: “We have demonstrated that there are age-specific epidemiological patterns of stabbings among young people, providing evidence for schools and children as specific targets for violence reduction strategies. We can reduce knife violence and unnecessary child deaths, but need long term evidence-based interventions in education, policing, the community and at home.”

The trauma team, working with charity St Giles Trust, have been reducing the number stab injuries by helping young people reintegrate with education, employment and family. They are now calling for the public and other agencies to join London's Major Trauma Centres in taking the approach beyond the hospital, and into sustained school and community-driven public health action.