Caesarean sections are disproportionately threatening the lives of women and babies in low and middle-income countries (LMIC), according to a study led by Queen Mary University of London. 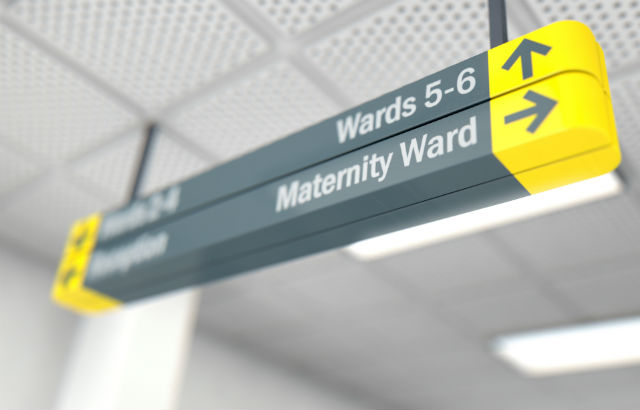 The analysis of data from 12 million pregnancies, published in The Lancet, finds that maternal deaths in LMICs are 100 times higher than in some high-income countries, and a third of all babies in some regions do not survive caesarean section.

First author Dr Soha Sobhy from the Barts Research Centre for Women's Health, based at Queen Mary’s Blizard Institute said: “To our knowledge, this is the largest and most comprehensive study to-date on the risks of death following caesarean section. The outcomes for women in low and middle-income countries are far worse than we expected.

“In sub-Saharan Africa, one in 100 women who has a caesarean section will die - 100 times more than women in the UK.  The outcomes for their babies are even worse, with eight per cent not surviving longer than a week.”

The most commonly performed operation worldwide

Lead author Professor Shakila Thangaratinam added: “Caesarean sections are the most commonly performed operation worldwide.  They are meant to be life saving for both mother and baby, but because of many factors, such as poor access, late referrals, inappropriate procedures, poor resources and training, this is not always the case.

“Now that we know the risk factors and countries associated with poor outcomes, we can make a more targeted effort to improve conditions for mothers globally, so that timely and safe caesarean sections can be done wherever they are needed.”

Every year 300,000 women die during childbirth, 99 per cent of which are from LMICs. Timely access to caesarean section when needed is required for safe childbirth, but procedures are being performed ‘too little, too late’, or ‘too many, too soon’. 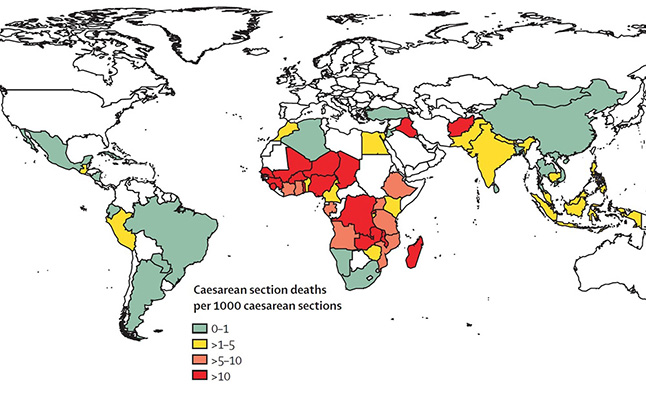 The analysis looked at data from 196 studies from 67 LMICs, covering 12 million pregnancies, and found that:

Based on these findings, the researchers are calling on policy makers and healthcare professionals to improve access to surgery, promote appropriate use of the procedure, provide safe surgical environments, and increase neonatal resuscitation to help improve outcomes to babies.

The finding that postpartum haemorrhage was the commonest cause of maternal death following caesarean section, highlights gaps in resource and skills to manage massive obstetric haemorrhage, and a need for specific training in this area.

The work was carried out at Barts Research Centre for Women's Health, based at Queen Mary University of London, funded by Barts Charity, and in collaboration with the World Health Organization.

Francesca Gliubich, Director of Grants at Barts Charity said: “The Barts Research Centre for Women’s Health is undertaking many important studies and Barts Charity are proud to fund their work. This latest research will help to inform global health policies around Caesarean sections and help to avoid the preventable deaths of both mothers and babies.”

The study was also funded by the National Institute for Health Research (NIHR), Ammalife Charity and the ELLY Appeal. The views expressed are those of the authors and not necessarily those of the NIHR or the Department of Health and Social Care.

The findings are limited by the differences in the characteristics of population and the team could not adjust for underlying obstetric and socio economic factors. It was also not possible to determine if the adverse outcomes following caesarean section were due to the procedure or from a pre-existing risk factor. Very few studies were published in some regions such as Europe and central Asia and Middle East and North Africa, and may affect the generalisability of the findings.