Blog: Why I choose to be a ‘Visible Lesbian’

"I’ve been an ‘out’ gay woman in the workplace for about 23 years. I am often asked to provide role model profiles for LGBT+ awareness campaigns. Each time I brace myself, cringe inwardly, oblige and then start to seriously dread the thought of anyone reading it. For this year’s LGBT+ awareness week I decided to write this blog on why I choose to keep doing it" – Professor Chloe Orkin 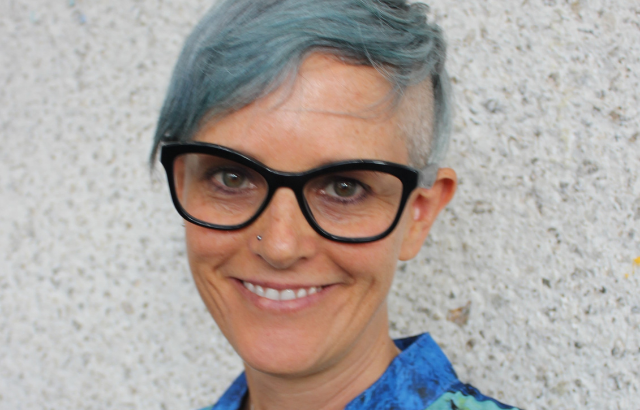 When you look up you should be able to see someone who looks like you.

Let’s start with some facts. In a recent UK-wide Medical Schools Council-led survey, students said that having visible role models from protected or minoritised groups was one of the two most important factors in challenging exclusion. I had never really thought about this in my own life until I read the survey. Reflecting on it I realised that I didn’t knowingly meet another lesbian until I was 25. I knew no other lesbians during my clinical training and by the time I was appointed a Consultant at Barts I knew only two lesbian consultant colleagues in my specialty. I didn’t have many role models who looked like me.

The oft-repeated statement about inclusivity and role models suggests that ‘when you look up you should be able to see someone who looks like you’. It was my dream to achieve enough in my career as an HIV clinical researcher to be invited to give a plenary talk on the international stage. During my training and early Consultant years I would avidly watch the plenary speakers at international HIV and infectious disease conferences and learn from them. I noticed that they usually thanked their wives on the last slide of their talk (they were almost invariably male speakers). I thought it was such a lovely thing to do but inwardly wondered what I would do if given the opportunity. When a straight person thanks their spouse, the audience hears an expression of gratitude. If I thank my wife using the same words, the audience immediately possesses an additional piece of personal information about me - my sexuality. Attitudes to homosexuality are vastly different from country to country and it remains illegal or is frowned upon in several places where I travel for work.

Several colleagues have said that seeing me standing there as a visible lesbian has given them hope that one day things will be easier for them.

So when I was lucky enough to finally give my first international plenary I weighed up what to do about the last slide. In the end I showed a photo of my wife and thanked her for her support and gave it no further thought.

Since then, a steady stream of complete strangers – lesbian and gay health care professionals from a range of different countries – have written to me and come up to speak to me telling me how much it meant to them to hear me say those words and show her photograph. Gay colleagues have written to me about their isolation and the homophobia they experience at work. Several have said that seeing me standing there as a visible lesbian has given them hope that one day things will be easier for them. Since I joined the University, gay students have made contact saying they have seen my QMUL LGBT+ role model profiles and asked me to supervise them, meet them or to participate in a LGBT+ related event.

In an academic environment we strive to excel and for our work outputs to be known and valued. I am not sure anyone enjoys being pushed into the public eye purely because of some aspect of their identity. My role as Academic Lead for EDI is a constant learning process. Reading the student survey helped me understand my own experience of role models and reinforced why it’s important for me and others like me to continue be visible. But I do really look forward to the time when we no longer need role models for LGBT+ or any other awareness days , weeks or months.