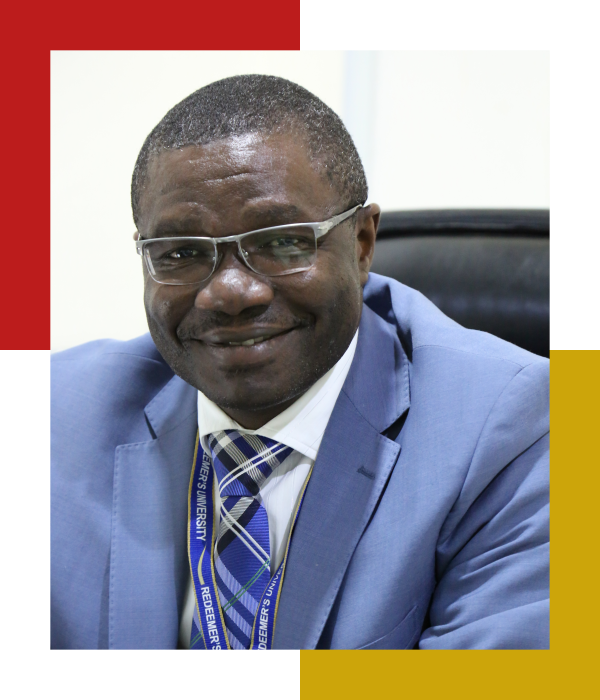 Christian Happi is a Professor of Molecular Biology and Genomics, and Director of the African Center of Excellence for Genomics of infectious Diseases (ACEGID), in Redeemer’s University, Nigeria. This institution is funded by the World Bank.

Professor Happi recently used the next generation sequencing technology to perform the first sequence of the new SARS-CoV-2 in Africa, only 48 hours after receiving a sample of the first case in Nigeria. This seminal work not only provided an insight into the detailed genetic map of the new coronavirus in Africa and helped to confirm the origin of the virus, but also paved the way to the development of new countermeasures such as new diagnostics, therapeutics and vaccines.

He received the Merle A. Sande Health Leadership Award in 2011; the 2016 Award of Excellence in Research granted by the Committee of Vice- Chancellors of Nigerian Universities; the 2019 Human Genome Organization (HUGO) Africa Prize for his seminal work on infectious diseases genomics in Africa, including Ebola and Lassa fever; and the 2020 Bailey K. Ashford Medal by the American Society of Tropical Medicine and Hygiene (ASTMH). 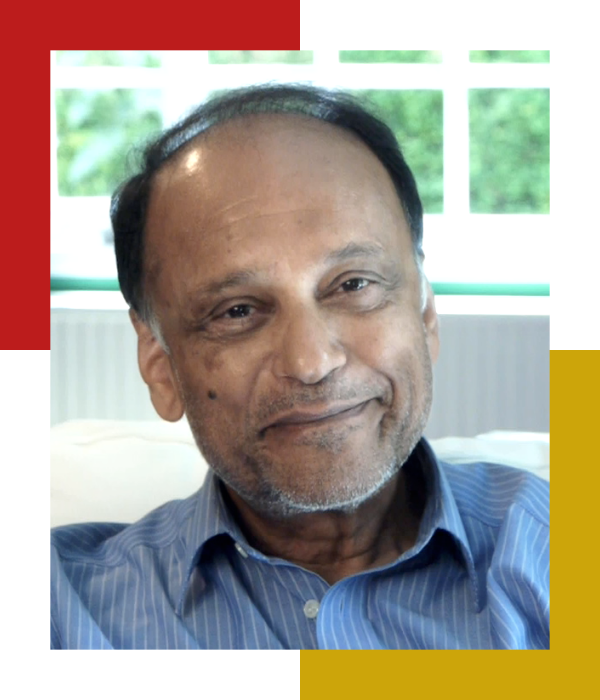 Partha Dasgupta, who was born in 1942 in Dhaka (now in Bangladesh) and educated in Varanasi, Delhi, and Cambridge, is the Frank Ramsey Professor Emeritus of Economics at the University of Cambridge and Fellow of St John's College, Cambridge. His publications include The Control of Resources (Harvard University Press, 1982); An Inquiry into Well-Being and Destitution (Clarendon Press, Oxford, 1993); Human Well-Being and the Natural Environment (Oxford University Press, 2001; revised edition, 2004); Economics: A Very Short Introduction (Oxford University Press, Oxford, 2007); Time and the Generations: population ethics for a diminishing planet (Columbia University Press, 2019); and most recently The Economics of Biodiversity: The Dasgupta Review (London: HMTreasury), 2021, which was a global independent review, commissioned by the UK Treasury. A collection of his scientific papers have been published in a two-volumes set, under the title, Selected Papers of Partha Dasgupta: 1, Institutions, Innovations, and Human Values and 2: Poverty, Population, and Natural Resources (Oxford: Oxford University Press, 2010).

Professor Dasgupta is a Founder Member the South Asian Network for Development and Environmental Economics (SANDEE), Kathmandu, established in 1999. He helped to establish the journal Environment and Development Economics, published by Cambridge University Press, whose purpose has been not only to publish original research at the interface of poverty and the environmental-resource base, but also to provide an opportunity to scholars in developing countries to publish their findings in an international journal.

He is a Fellow of the British Academy (1989), Fellow of the Royal Society (2004), Member of Academia Europaea (2009), Foreign Honorary Member of the American Academy of Arts and Sciences (1991), Foreign Associate of the US National Academy of Sciences (2001), Foreign Member of the Royal Swedish Academy of Sciences (1991), the American Philosophical Society (2005); and a past President of the Royal Economic Society (1998-2001), the European Economic Association (1999), the European Association of Environmental and Resource Economists (2010-11). Dasgupta was named Knight Bachelor by Her Majesty Queen Elizabeth II in her Birthday Honours List in 2002 for "services to economics"; was co-winner (with Karl-Goran Maler of the Beijer International Institute of Ecological Economics, Stockholm) of the 2002 Volvo Environment Prize; was recipient of the John Kenneth Galbraith Award, 2007, of the American Agricultural Economics Association, the Zayed International Environment Prize, 2010; the 2015 Blue Planet Prize, and the 2016 Tyler Prize.

Sir Partha Dasgupta will deliver the Schorstein Lecture on Wednesday, 20 October between 13:00-13:50 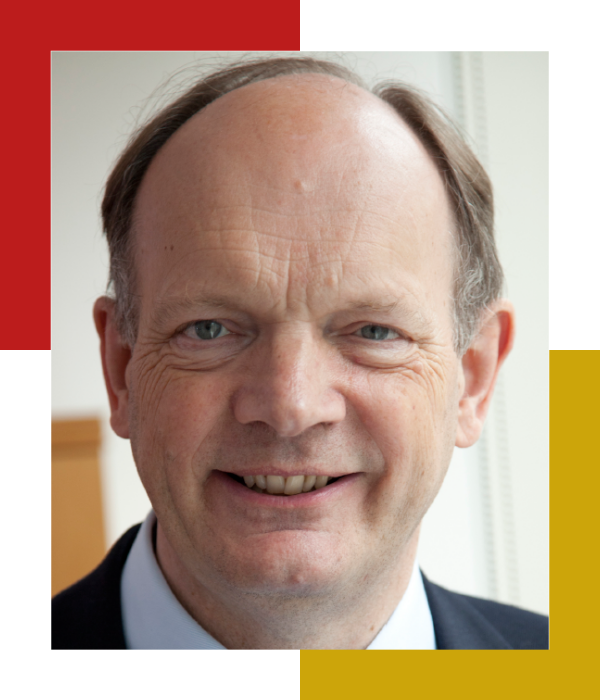 Sir David is the Chairman of Chugai Pharmabody and a Professor at the Karolinska Institute in Stockholm. He was the Chief Scientist of A*STAR until earlier this year, where his main role was to advise and engage in scientific development across the Biomedical Research Council (BMRC) and the Science and Engineering Research Council (SERC) at the strategic level. He also ran a research lab primarily focusing on research on p53 using both mammalian and zebrafish systems.

Sir David completed undergraduate and postgraduate degrees at University College London where he studied auto-immunity. He did his postdoctoral training at the Imperial Cancer Research Fund in London (where he discovered p53 as a T antigen binding protein) and then at the Cold Spring Harbor Labs in New York. On his return to UK, he set up his independent research lab at Imperial College London and at the ICRF Clare Hall labs before moving to the University of Dundee.

Sir David has published more than 400 research articles in international peer reviewed journals many of which have been very highly citied and has co-authored a successful practical guide to the development of monoclonal antibodies and the use of immunochemical methods called “Antibodies” with Ed Harlow, selling more than 40,000 copies. He is the founder of Cyclacel, a NASDAQ listed company with three drugs in Clinical trial. Sir David established the Experimental Therapeutics Centre at A*Star in 2007. He is a founder of AbAsia and FOG pharmaceuticals. He was formerly the Chief Scientist at Cancer Research UK and for three years the Scientific Director of the Ludwig Institute. He has been recognized for his work by many international awards including the Paul Ehrlich Prize, the Brucbacher Prize, the Buchanan Medal of the Royal Society and the Royal Medal of the Royal Society of Edinburgh. Last year he received the Presidents Science and Technology Medal in Singapore for his contribution to the development of Science in the Republic.

Sir David Lane will deliver the William Harvey Lecture on Thursday, 21 October between 9:30-10:20 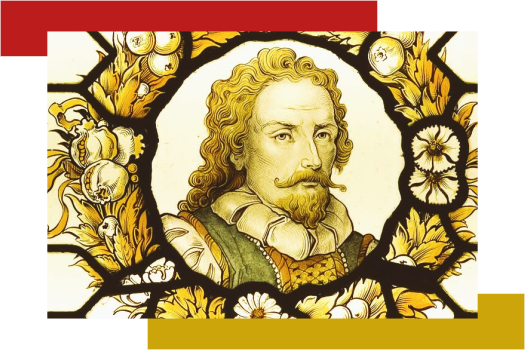 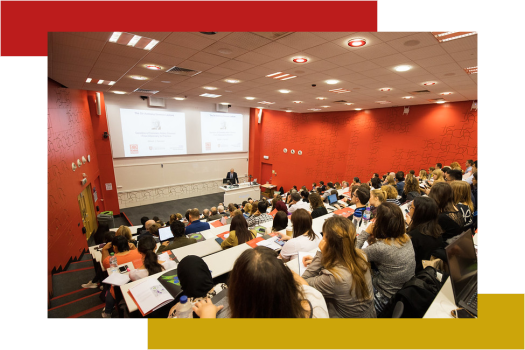 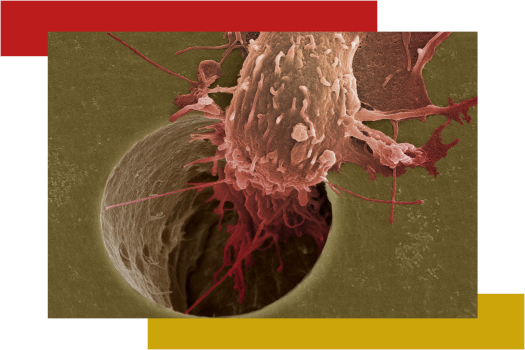