On Friday the 3rd of February the WHRI held its annual New Year Celebration and featured 15 talks from the institute's postgraduates and young post-docs. 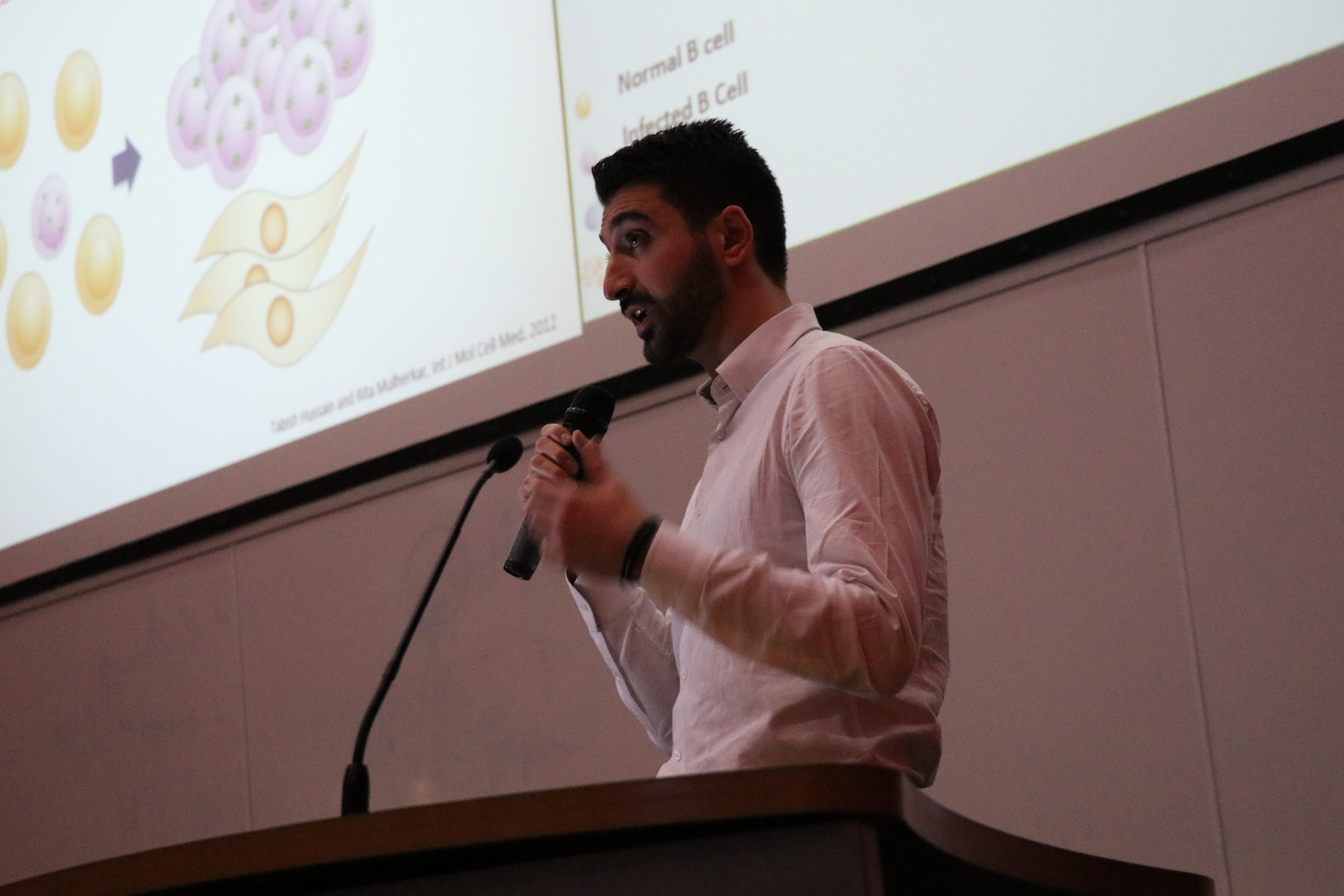 The standard of the science presented was exceptional and after some very stiff competition, we congratulate Miss Melissa Hayman (TMT) for giving the best postgraduate talk describing her research on reticulated platelets and Dr Clare Dent (Endocrinology) for giving the best Post-Doc talk on the Role of Dlk1 in Placenta Function and Development.

The afternoon really exemplified the breadth of the research activities across the Cardiovascular, Endocrine and Inflammation themes and showed that the future of the WHRI is very bright.

At the end of the afternoon Profs Mark Caulfield and Amrita Ahluwalia presented Prof Mauro Perretti with a gift from all at the WHRI to thank him for his amazing contribution to the WHRI and to wish him well in his new role. The afternoon’s science was followed by a celebration in the Shield which was enjoyed by all.

You can view photos of the event on Flickr.