The first step in generating an artificial adrenal gland

In a new study, published in Cell Reports, researchers from Queen Mary University of London used cells derived from urine to take the first step in generating an artificial adrenal gland, which could help develop future treatments for adrenal gland disorders. 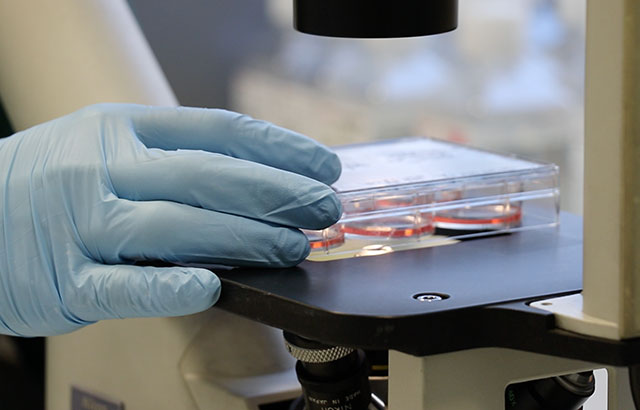 The adrenal glands, located on the top of each kidney, are responsible for releasing different hormones. Adrenal gland disorders occur when the adrenal glands produce too much or too little of these hormones, which can affect growth, development, and metabolism.

Lead author Dr Leonardo Guasti from Queen Mary’s William Harvey Research Institute said: “It is a first step in generating an artificial adrenal gland which would benefit all patients with adrenal insufficiency. Regenerative medicine application for adrenal disorders have been neglected compared to other endocrine fields, such as the word-wide effort to generate functional endocrine pancreas to cure type-I diabetes. This study closes this gap.”

In the research, the authors describe for the first time the generation of steroid-producing cells (named human inducible steroidogenic cells, hiSCs) from skin, blood and urine of healthy donors and patients with congenital adrenal disorders. This process is generally called reprogramming.

hiSCs were used to model adrenal diseases in a dish and provided a platform to test interventions for new personalised treatments. The viability of hiSCs in vivo was also tested through implantation experiments in mice.

Reprogramming was achieved by forcing the expression of a single protein (a transcription factor) and the activation of two signalling pathways. The newly generated hiSCs expressed the enzymes responsible for steroid production and crucially were responsive to physiological stimuli, such as the secretion of corticol upon ACTH stimulation.

The steroid profile of hiSCs generated from patients with a monogenic adrenal disorder (congenital adrenal hyperplasia) was altered, in keeping with their profile at diagnosis. When the non-mutated gene was re-introduced into these cells, the steroid profile was back to normal, and similar to that observed in hiSCs obtained from healthy donors.

Dr Leonardo Guasti added: “It represents an entirely new concept for the study of the adrenal gland as the ability to generate donor-specific and functional adrenal-like cells will facilitate the next generation of cell-based treatments for adrenal insufficiency, the modelling of adrenal specific diseases, and the testing of personalised interventions on cells derived from patients.”