Pint of Science QMUL brings scientists out of the lab and in to your local pub. 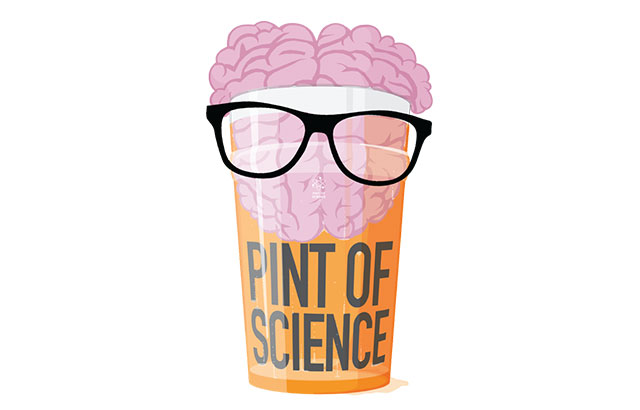 Tickets are now available for the world’s largest festival of public science talks, which will see >25 QMUL scientists take to the stage in pubs across London.

As part of the three-day Pint of Science festival, thousands of scientists around the world will speak about their research. In nearly 300 cities across 21 countries, members of the public will have the chance to ask them questions. The festival brings a unique line up of talks, demonstrations and live experiments to the nation’s favourite locals.

QMUL researchers will talk about a variety of topics at pubs across the city, including the Crown Tavern EC1, the Horseshoe EC1, the Water Poet E1 and the Griff Inn E1. Tickets are available from the Pint of Science website, with each evening costing just £4. Attendees in London will enjoy a variety of exciting talks including:

Alongside the main talks, each evening will also include a range of science-inspired activities including live band, comedy, quizzes, games, geeky puzzles, engaging stories and other interactives.

“I’ve been coordinating Pint of Science-QMUL for 5 years now and it’s always great to see the enthusiasm of the volunteers, the speakers and, most of all, of the attendees during the actual events!” says Dr Giulia De Rossi.

"There is so much fascinating research happening right under our noses that we don't know about” says festival co-founder Dr Paul. “Some can get lost in translation leading to fake news. Pint of Science allows people direct access to inspiring scientists and encourages open discussion, all in the most familiar of British places, the pub! Scientists drink pints too - they really aren't that different!"

“It's great to see this enthusiasm for knowledge shared across the world - this year Pint of Science will be taking place in nearly 300 cities and 21 countries!”