British researchers have discovered a hormone imbalance that explains why it is very difficult to control blood pressure in around 10 per cent of hypertension patients. 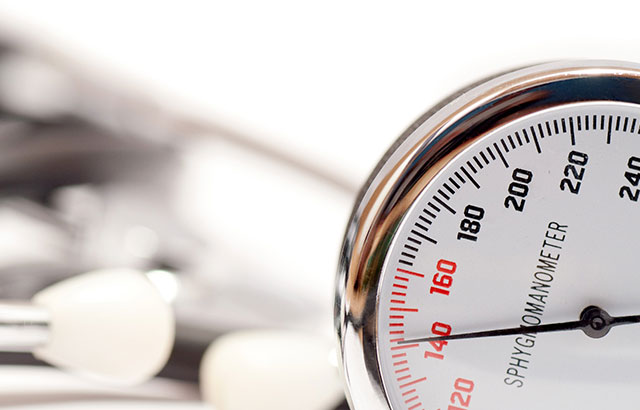 The team, led by Queen Mary University of London, found that the steroid hormone ‘aldosterone’ causes salt to accumulate in the bloodstream. The salt accumulation occurs even in patients on reasonable diets, and pushes up blood pressure despite use of diuretics and other standard treatments.

Two patients in the study with previously resistant hypertension were able to come off all drugs after a benign aldosterone-producing nodule was discovered in one adrenal and removed at surgery.

High blood pressure is one of the most common and important preventable causes of heart attack, heart failure, stroke and premature death. It affects over 1 billion people across the world and accounts for approximately 10 million potentially avoidable deaths per year.

Most patients can be treated effectively with adjustments to their lifestyle and the use of regular medication. However, in as many as 1 in 10 patients, blood pressure can be difficult to control and is termed ‘resistant hypertension’. These patients are at the highest risk of stroke and heart disease because their blood pressure remains uncontrolled.

The new results come from a six-year trial in 314 patients with resistant hypertension, undertaken by investigators in the British Hypertension Society, funded by the British Heart Foundation and the National Institute for Health Research, and published in the journal Lancet Diabetes and Endocrinology.

Chief Investigator Professor Morris Brown from Queen Mary University of London said: “This has been a wonderful story of using sophisticated modern methods to solve an old problem – why some patients have apparently intractable hypertension. The discovery of salt overload as the underlying cause has enabled us to identify the hormone which drives this, and to treat or cure most of the patients.”

Professor Bryan Williams from University College London said: “These results are important because they will change clinical practice across the world and will help improve the blood pressure and outcomes of our patients with resistant hypertension.

“It is remarkable when so many advances in medicine depend on expensive innovation, that we have been able to revisit the use of drugs developed over half a century ago and show that for this difficult-to-treat population of patients, they work really well.”

They also found that spironolactone can be substituted, to good effect, by a drug, amiloride, which could be an option for patients unable to tolerate spironolactone.

The research comes from the PATHWAY-2 study, part of a series of studies designed to develop more effective ways of treating high blood pressure. It investigated the hypothesis that resistant hypertension was mainly caused by a defect in eliminating salt and water and that the high blood pressure in these patients would be best treated by additional diuretic therapy to promote salt and water excretion by the kidneys.