The debate about the potential for exploiting omega-3 fatty acids to improve health has raged for years. 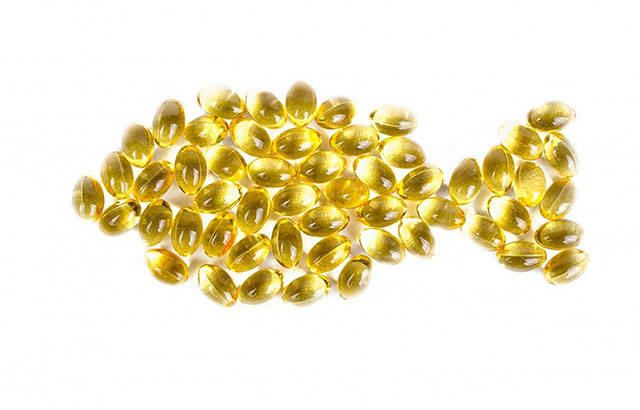 A study led by Jesmond Dalli, Professor of Molecular Pharmacology at Queen Mary’s William Harvey Institute, has found that properly-formulated enriched fish oil supplements do increase the levels of anti-inflammatory molecules or mediators in the bloodstream and reduced inflammation. These mediators regulate the work of certain components in the blood.

“We used the molecules as our biomarkers to show how omega-3 fatty acids are used by our body and to determine if the production of these molecules has a beneficial effect on white blood cells,” explained Professor Dalli.

Inflammation is linked to a number of serious health conditions including some heart disease and rheumatoid arthritis.

Fish and flax seeds are major sources of omega-3.

Professor Dalli and his colleagues gave 22 healthy volunteers aged between 19 and 37 three doses of an enriched fish oil supplement containing a mix of omega-3 fatty acids. They then tested their blood at varying intervals for levels of the specific anti-inflammatory molecules that those fatty acids produce.

The team found the supplement increased the level of the anti-inflammatory molecules for up to 24 hours.

Professor Dalli said: “While it’s still unclear from the study if those molecules reduce cardiovascular disease, they do supercharge macrophages, specialized cells that destroy bacteria and eliminate dead cells, and they also make platelets less sticky, potentially reducing the formation of blood clots. The molecules have also been shown to play a role in tissue regeneration. These molecules have multiple targets.”

A recent study has found that a prescription medication containing an omega-3 fatty acid called EPA significantly reduced heart attack and strokes in people who already had cardiovascular disease. However, there is still a lack of sound data showing that regular over-the-counter supplements have a significant impact.

Professor Dalli said further research is needed to also discover if fatty acids have the same anti-inflammatory effects in people over 45 and in those who already have cardiac disease. People with chronic inflammatory diseases, he noted, don’t produce the same number of these anti-inflammatory molecules that healthy people do.

“The enzymes that produce (the molecules) are not functioning adequately in these patients. Therefore when formulating supplements in the future for treating diseases this aspect needs to be better considered and we need to monitor whether the supplements are indeed being converted to protective molecules to ensure that they are improving health.”

Getting the recipe right

The proper formulation of fatty acids also remains to be determined. Currently, the FDA has approved two medications, one that contains EPA and another that contains a mix of EPA and DHA, and there are numerous supplements on the market with various formulations.

Professor Dalli concluded: “We’re still far away from having the magic formula. Each person will need a specific formulation or at least a specific dosing, and that’s something we need to learn more about.”

The study was part-funded by Barts Charity, the European Research Council, Wellcome Trust and the Royal Society.