Regular cannabis use could affect the structure and function of the heart, research led by a team at Queen Mary University of London suggests. 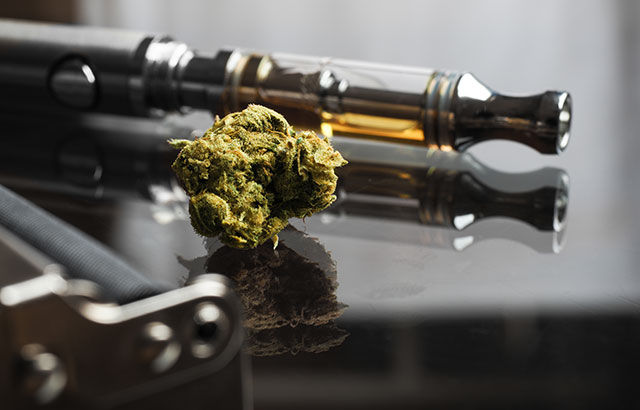 Researchers at Queen Mary University of London have identified a possible link between cannabis use and structural changes to heart. Credit: KG Design/Shutterstock.com

Analysing MRI images from the UK Biobank population study, the team identified an association between regular cannabis use and an enlarged left ventricle – the heart’s main pumping chamber – together with early signs of impairment of heart function.

The results are published today in JACC Cardiovascular Imaging.

Lead author Dr Mohammed Khanji, Senior Clinical Lecturer at the William Harvey Research Institute, Queen Mary University of London, said: “Our findings are not conclusive but the research took place against a backdrop of decriminalisation and legalisation of recreational cannabis use in many countries. We urgently need systematic research to identify the long-term implications of regular consumption of cannabis on the heart and blood vessels. This would allow health professionals and policymakers to improve advice to patients and the wider public.”

Study of 3400 people – including 152 current or former cannabis users

The study analysed cardiac scans for 3,407 individuals with an average age of 62 who did not have cardiovascular disease. Most (3,255) rarely or never used cannabis, 105 had used it regularly but more than five years before they were interviewed and 47 were current regular users.

The latter group were more likely to have larger left ventricles and show early signs of impaired heart function, measured by how the heart muscle fibres deform during contraction. However, there appeared to be no difference between the three groups in the overall mass of the left ventricle or the amount of blood ejected with each heartbeat.

No changes were identified in the size and function of the other three chambers of the heart.

The analysis also found that people who had used cannabis regularly but given up had similar heart size and function to those who had rarely or never taken the drug.

Although the study took account of factors such as age, diabetes, blood pressure, smoking and alcohol consumption, Dr Khanji acknowledged it did have limitations. These included the over-representation of Caucasian participants (96%), the relatively low number of regular cannabis users, the reliance on self-reported usage of a drug that remains illegal in the UK and the possible impact of unmeasured confounding factors.

However, Dr Khanji, who is also a consultant cardiologist at Newham University Hospital and Barts Heart Centre, part of Barts Health NHS Trust, said: “We believe this is the first study to systematically report changes in heart structure and function associated with recreational cannabis using cardiac MRI, which is a very sensitive imaging tool and the current reference standard for assessing cardiac chambers. The World Health Organisation has warned about the potential harmful health effects of non-medical cannabis use and called for more research specifically around the cardiac impact.”