We are pleased to announce that Dr Sadani Cooray from the William Harvey Research Institute (WHRI) was recognised for her outstanding contribution to pharmacology education at an online ceremony held on Tuesday 8th December. 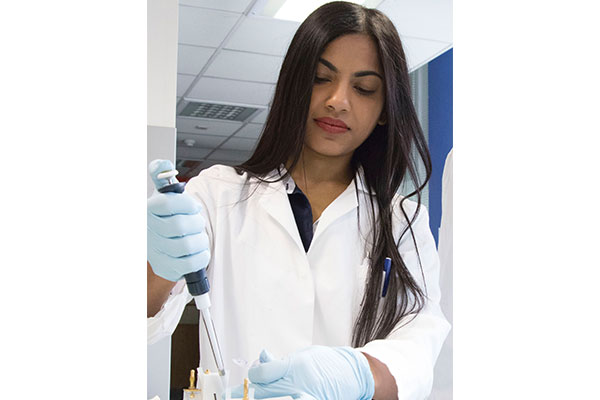 Dr Sadani Cooray in a laboratory.

Dr Sadani Cooray was awarded the President and Principal’s prize in recognition of her work as an outstanding educator and for having a transformative impact on pharmacology education in the UK.

Dr Cooray is Senior Lecturer and Director of Undergraduate Education at the WHRI, School of Medicine & Dentistry (SMD). She is the Programme Director of the BSc and intercalated BSc Pharmacology & Innovative Therapeutics at Queen Mary University of London and is a Senior Fellow of the Higher Education Academy (SFHEA).

In recognition of her exceptional contribution to Pharmacology Education she was also awarded the BPS Rang prize 2020 which will be presented to her at the BPS annual meeting awards ceremony which will be held virtually on the 18th December 2020.

“I am absolutely thrilled to have been awarded the QMUL President and Principals Prize. It’s an absolute honour to be recognised with this accolade”

The Education Excellence Awards and President and Principal’s Prizes were introduced to recognize and reward excellence in education across Queen Mary to embed a culture of excellence in teaching, student support and to inform future practice. Find out more about the awards, the nominations process and eligibility criteria.

The awards were presented by Professor Colin Bailey, President and Principal and Professor Stephanie Marshall (Vice-Principal (Education) at an online ceremony held on the evening of Tuesday 8th December 2020.