Researchers from Queen Mary University of London have developed a new approach to address cardiac disease in rheumatoid arthritis patients. 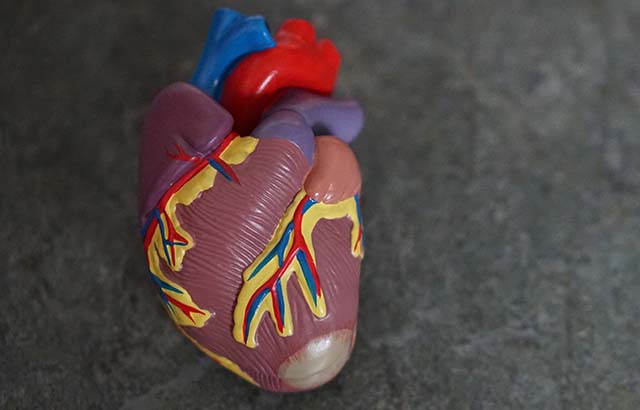 Model of a human heart. Photo by Robina Weermeijer on Unsplash

Currently, patients with RA are particularly susceptible to a type of cardiac deficiency termed diastolic dysfunction, that may lead to heart failure, resulting in a higher mortality rate amongst this patient group.

The new study, published in PNAS, addresses this unmet clinical need by developing an experimental model of cardiomyopathy in inflammatory arthritis.

This novel approach is an important step in the study of mechanisms of pathology, as well as identifying targets for therapeutic intervention, specifically in relation to the treatment of cardiomyopathy patients affected by RA.

Professor Mauro Perretti, lead study author and Professor of Immunopharmacology at Queen Mary University of London said:  “As is often the case, the description of a valid model of disease can open new vistas on pathogenic mechanisms as well as on novel therapeutic approaches. At present, the cardiomyopathy of patients affected by rheumatoid arthritis is not treated and, on top of this, current anti-rheumatic drugs (e.g. biologics or steroids) may even worsen it. As such there is an urgent therapeutic need to intervene and treat, if not cure, the cardiomyopathy of patients affected by rheumatoid arthritis.”

“The broad area of cardiac inflammation is largely unexplored. At the WHRI we have several groups addressing experimental and translational work on several syndromes of the heart. Thus, there is work on myocarditis, on diabetes-induced cardiomyopathy and now with this study, the cardiomyopathy of inflammatory arthritis. The WHRI at Queen Mary University of London is a place of excellence to study cardiac inflammation in all its multiple faces, thanks also to our partnership with the Barts Heart Centre at Barts Health NHS Trust.”