Testing for large numbers of genetic changes can identify men with over a 10-fold increased risk of testicular cancer, a new study shows. Researchers found that testing for newly identified genetic factors along with others found in their previous studies could pick out men at increased risk, who might potentially benefit from monitoring or preventative treatment. 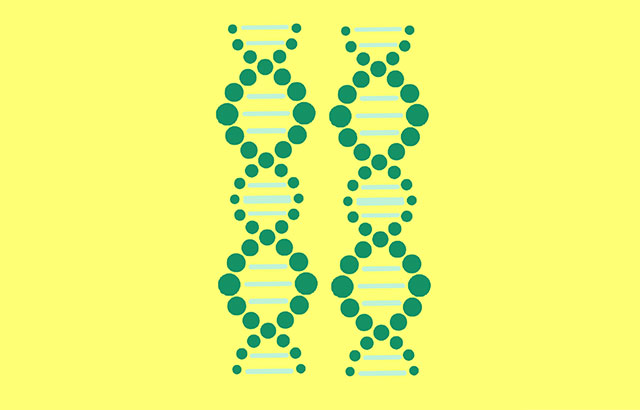 Researchers found that testing for newly identified genetic factors along with others found in their previous studies could pick out men at increased risk, who might potentially benefit from monitoring or preventative treatment.

Scientists at The Institute of Cancer Research (ICR), London, studied the DNA of 30,000 men and identified 19 new genetic changes associated with the disease.

Testing these alongside previously identified genetic factors – covering a total of 44 genetic markers – picked out 1 per cent of men at highest risk of the disease.

These men had a 7 per cent lifetime risk of developing testicular cancer – a risk 14 times higher than the 0.5 per cent risk in the general male population.

The findings could in future lead to the development of clinical tests to identify men at highest risk so they could be offered preventative treatment or monitoring.

The study, funded by the Movember Foundation and published in Nature Genetics, also uncovered clues about how risk genes are activated and pointed to potential targets for new treatments.

Testicular cancer is the most common cancer in young men. Treatment with platinum chemotherapy is usually successful but some men do not respond, and as men are typically diagnosed in their twenties or thirties, they may have to live with long term side-effects of chemotherapy for many decades.

The team at ICR compared DNA from 7,319 men with testicular cancer with that of 23,082 without the disease from three separate studies. By reading the DNA code of these men in detail, the researchers were able to pick out ‘single letter’ changes in their DNA that increased their risk of developing testicular cancer.

Scientists can now explain a third of the inherited risk of testicular cancer, after taking the total number of genetic factors linked to the disease to 44 in total.

In their study, the researchers also looked in detail at what happened inside cells that caused the newly discovered genetic errors to lead to cancer. They discovered that many of the gene changes increase testicular cancer risk by interfering with the way gene activity is controlled in the cell. The genes that seem to be particularly affected in testicular cancer are those that are normally involved in stabilising chromosomes inside cells, or that interact with the well-known cancer gene KIT.

Study leader Dr Clare Turnbull, ICR and Queen Mary University of London, said: “Our study has almost doubled the number of DNA variations linked to increased risk of developing testicular cancer and advanced our ability to use genetics to predict disease in healthy men.

“Although we are making good headway, there are more genetic changes that affect risk still to be found. Further studies are needed to understand how these genetic changes interact over time to influence the biology of the cell and lead to the development of cancer.”