Effects of Calcium, Magnesium, and Potassium Concentrations on Ventricular Repolarization in Unselected Individuals

A new joint study involving researchers at Queen Mary University of London has identified background subclinical changes on the electrocardiogram as risk factors in cardiovascular mortality. 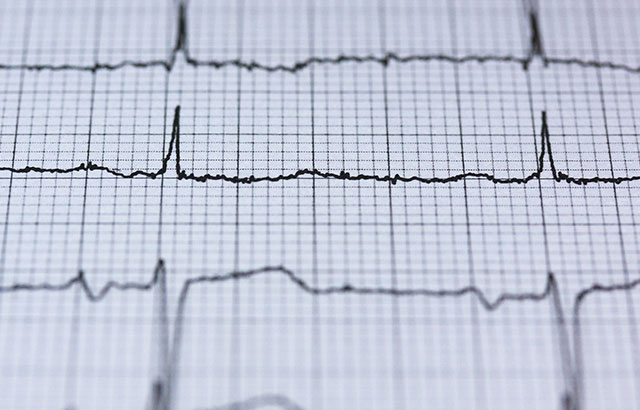 Published recently in the Journal of the American College of Cardiology (JAAC) this is the first large-scale multi-ethnic study within the general population to evaluate the impact of electrolyte levels (calcium, potassium, sodium and magnesium) in the blood, on the timing of the heart’s electrical activity.

The study results show that lower calcium and higher magnesium levels significantly prolong the time for the heart to contract and relax. The effect of lower calcium levels which 2% of the population have are clinically important (>5 milliseconds). Additionally, the effect of calcium is stronger in women compared with men.

The findings are of significant importance as the prolongation of heart electrical activity is commonly associated with abnormal life-threatening heart rhythms and sudden death. Identification of modifiable markers is important as it reduces the risk of these events. Previous studies have focused only on patient populations however this research highlights the impact of magnesium and calcium in particular, in the population as a whole.

Lead author Dr Raymond Noordman from Leiden University Medical Centre (LUMC) said: “The results show that 2% of the population studied have a blood calcium concentration which prolongs the heart’s electrical activity by 5 milliseconds or more. This is a cut off used in drug development to prioritise new drugs for further investigation due to the risk of abnormal heart rhythms. The effects may be even more relevant in women, but this is an observation requiring further investigation. Overall, this study highlights areas for additional research to improve our understanding of biological pathways involved in abnormal heart rhythms and identify new targets for treatment.

Dr Helen Warren, Lecturer at Queen Mary University of London, said: “It became apparent during research projects that the actual effects of blood electrolyte levels on electrocardiogram measures were not empirically known, so it is with thanks to the contributions of many different study cohorts from around the world that such a large-scale meta-analysis could be performed to enable this investigation, the results of which can now be a foundation for future research.”