Antihistamines and similar drugs could slow down Huntington’s disease

Controlling dopamine signalling by targeting the histamine receptor has been shown to be a promising strategy for preventing the progression of Huntington’s disease in mice. 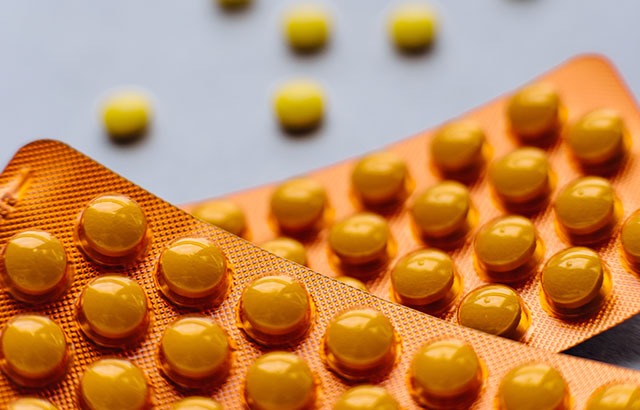 Scientists have described a potential new therapeutic strategy for slowing down early-stage Huntington’s disease in a new study published today in eLife.

The research in mice indicates that targeting the histamine H3 receptor (H3R) – a well-established drug target for other conditions such as hay fever – could help to prevent imbalances in dopamine signalling that lead to brain-cell death and deficits in movement and memory.

“It was already well known that dopamine signalling goes away in Huntington’s disease, but we and other research teams have shown more recently that dopamine receptors and histamine receptors are found together and control signalling in the brain,” explains lead author David Moreno-Delgado, who was a Postdoctoral Research Scientist at the University of Barcelona, Spain, at the time the research was carried out, and is now Biology Team Leader at NovAliX, Belgium. “Because dopamine receptors are found in many normal cells throughout the central nervous system, we proposed that targeting dopamine signalling through the histamine receptor might be a more effective strategy to slow the progression of Huntington's disease.”

The team looked at whether these protein partners are found together in mice with Huntington’s disease and could potentially be targets for treatment. They found that at two- and four-months-old, both healthy mice and those with asymptomatic Huntington’s disease have the dopamine D1 receptor (D1R)-H3R complex. But when the team looked at older mice aged six- and eight-months-old, the mice with Huntington’s disease (now symptomatic) had completely lost the D1R-H3R complexes. The individual receptors were still present, but at the most advanced stage of the disease, these proteins were no longer acting together as partners.

The team next explored whether these results were due to the treatment preserving the D1R-H3R complexes. Studies of tissues from treated and untreated mice showed that only the treated animals still had H3R/D1R complexes at six and eight months of age. Moreover, when they treated mice with Huntington’s disease that had already reached seven months of age (when these protein partners are no longer found together), thioperamide had no effect on movement, learning or memory deficits. This confirms that the protective effects of thioperamide occurs through the D1R-H3R complexes and that these need to be present for the drug to work.

“The imbalance of dopamine signalling in disease progression represents a potential ‘point of no return’ for Huntington’s disease patients as it can eventually lead to nerve-cell dysfunction and death,” explains senior author Dr Peter McCormick, Senior Lecturer at Queen Mary University of London. “In this study we show that D1R/H3R complexes are found within the brain at early- but not late-disease stages and that targeting these complexes could potentially slow the progression of early-stage disease.

“In addition, our data help explain previous studies attempting to target H3R by showing the dependency on D1R/H3R complexes for these drugs to work. This is important as there are multiple H3R compounds either in the clinic or that have been through phase two and three trials that could be opportunities for drug repurposing.”