Considered one of the best world cities for green spaces, London has a vast range of parks, heaths and commons. But if you’re after something a little quirkier and off the beaten track, here are five of its best secret gardens. 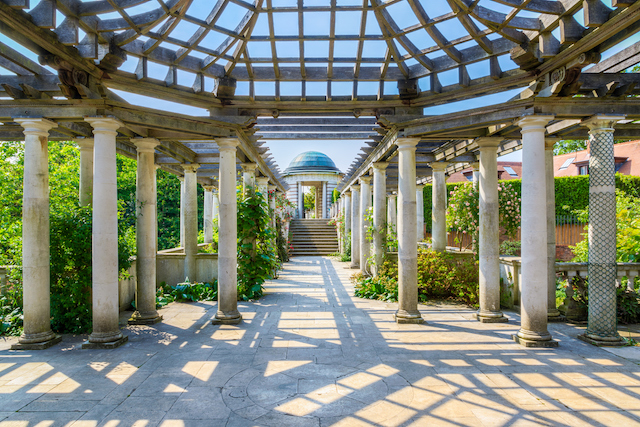 In a near-hidden corner of picturesque Chelsea, you'll find London's oldest botanical garden. Founded in 1673 by the Society of Apothecaries, much of the secrecy around the garden stems from the limited opening hours it ran until recently.

Now, however, Chelsea Physic Garden is open every day between the beginning of April and the end of October, providing a well-camouflaged home to more than 5,000 edible, medicinal and useful plants from behind a high brick wall.

The entrance to Chelsea Physic Garden can be found off Swan Walk. Once inside, don't expect well-manicured lawns and tinkling fountains. A large part of the garden's charm is down to the untamed riot of plants that have been organised in a completely unique way.

One for the Instagram lovers, Kyoto Garden is an extra treat hidden within London's beautiful Holland Park.

The garden is a relatively recent addition to London's collection of green spaces. Kyoto is renowned for its gardens, and the city donated the one now in Holland Park as part of the celebrations for the 1992 Japan Festival in London.

It's now home to colourful blossom trees, tiered waterfalls, a koi carp pond and - best of all - a selection of peacocks roaming around.

Open: Holland Park opens at 7.30am daily and closes 30 minutes before dusk.

Designed by architect Piet Blanckaert to commemorate the troops who died in the First World War, the Flanders Field Memorial Garden was opened on 6 November 2014.

In a meaningful tribute to the lives lost, soil used in the circular grass bed in the garden was taken from battlefields and war cemeteries in Flanders, Belgium. It also features trees taken from the same historic region.

The Flanders Field Memorial Garden is located at Wellington Barracks and is situated alongside the Guards Chapel.

Londoners new and old know about Hampstead Heath's gorgeous wildness. But not everyone is aware of the eerie and impressive terrace on the West Heath.

A monument to run-down splendour, the Hampstead Pergola is the perfect example of the sort of folly that wealthy people used to love to have built.

It was commissioned by Lord Leverhulme in 1904 to host garden parties but by the 1980s, it had fallen into neglect. It's now being restored but even in its current state, it's still worth a visit.

Open: All year round, though hours may vary depending on the time of year.

A pocket-sized treat hidden within the City, Cleary Garden dates back to Roman times, having been the site of a bathhouse.

While nothing of the baths remain, you can still see exposed cellars and remnants of the buildings that later stood on the site until World War Two.

The terraced garden is separated over three tiers and went under a massive redevelopment in 2007, redesigned to evoke Loire Valley with wooden arbours, lush vines and sweet-smelling plants.

Open: All year round, with the gardens being locked at dusk.