As a major cultural capital, it's no wonder London’s home to some of the world's most iconic live music venues. From decadent concert halls to dynamic arts clubs – and everything in between – there's something for every type of music lover. 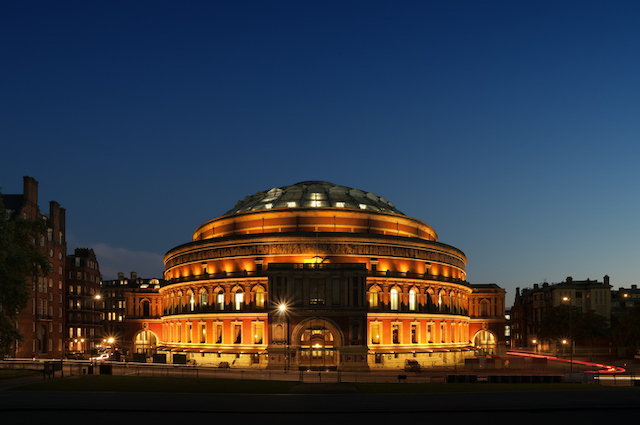 Arguably one of the most awe-inspiring music venues in the world, the Royal Albert Hall (RAH) needs little introduction.

Built as a memorial to Queen Victoria's husband, Prince Albert, in 1871, its elegant exterior is matched beautifully by its splendid red-and-gold decor inside.

Home to the Proms each year since 1941, the RAH has seen some of the biggest names make the most of its unique acoustics: Bob Dylan, The Beatles, Frank Sinatra and Adele to name a few.

You can also enjoy DJ sets, comedy gigs and out-of-this world circus shows from within its famous walls.

As the oldest independent venue worldwide, the 100 Club is almost as historic as the Royal Albert Hall.

Here, you’re as likely to attend a blues gig as you are a secret A-list band one.

A live music venue since 1942, the 100 Club's enduring popularity is down to its pioneering of new music and still being an affordable night out, with tickets ranging between £10 and £20.

Back in 2010, the 100 Club was facing closure until Paul McCartney and Converse stepped in to save the day.

This Soho institution first opened its doors back in 1952 and quickly made a name for itself as a magnet for some of the most mesmerising performers of the day.

Trivia fans may like to know that Ronnie Scott’s was where Jimi Hendrix played his last UK gig, and where Princess Diana would sit, allegedly incognito in a wig, enjoying a performance.

The jazz club has seen it all throughout its history; gangster patrons, royalty, impromptu Lady Gaga gigs and a roster of famous faces in the crowd.

For jazz fans, it continues to attract the biggest names and shows no sign of diminishing in popularity.

West London might be home to some of the capital's more exclusive nightspots, but NHAC is all about scruffy, shabby chic and having a good time. You can enjoy live club nights and one-off exhibitions from its basement.

With tickets rarely exceeding £20, it remains one of London's best value-for-money venues.

What could be better than live music from a palace? Alexandra Palace – or 'Ally Pally' as it's affectionately known – has long been favoured by artists such as the Pixies, Vampire Weekend, Hot Chip and Loyle Carner.

Perched in 190 acres of parkland atop a hill with some of the best views in London, it's also one of the capital's more resilient venues, having survived two devastating fires.

But it's not all been adversity and setbacks. ​Alexandra Palace was also the birthplace of the world's first regular public television broadcast by the BBC in 1936.