Astronomers at QMUL are celebrating a bumper research funding award from the UK Government's Science and Technology Facilities Council (STFC). 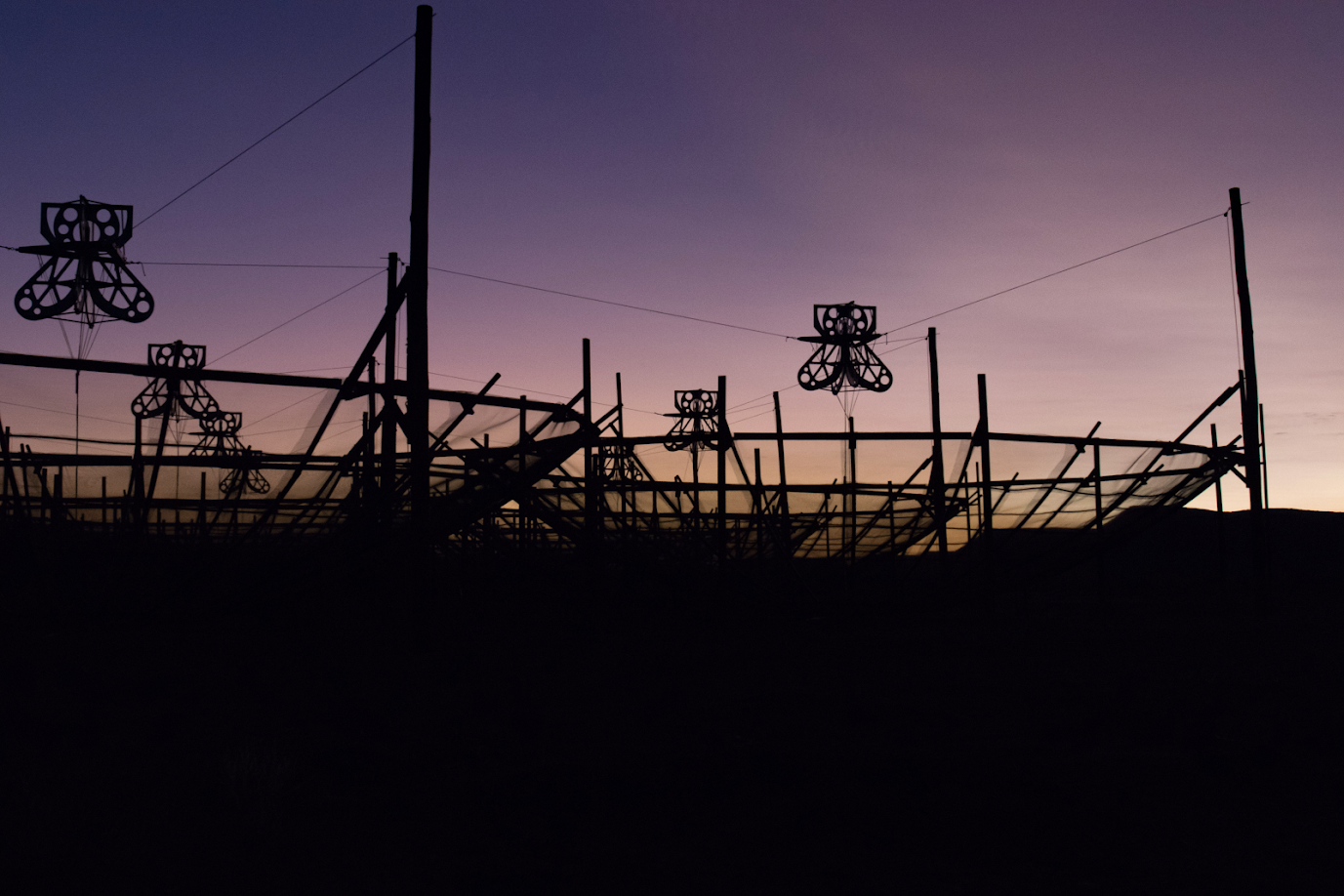 Sunset over the Hydrogen Epoch of Reionization Array (HERA) in South Africa. Astronomers from Queen Mary are playing a leading role in trying to detect signals from the first stars and galaxies using HERA. (Credit: D. Storer).

Every three years, research groups in astronomy, particle physics, and related subjects from around the UK can apply for research funding from the STFC's Consolidated Grant scheme. This can be used to employ postdoctoral researchers, buy computing equipment, and otherwise support the running of a research group. Due to historically low funding levels and the competitiveness of astronomy and astrophysics research in the UK, only a fraction of applications are funded.

The Astronomy Unit submitted two applications to the Astronomy Grants Panel this round: one covering Heliospheric and Planetary research (led by Prof. David Burgess), and another on general Astronomy (led by Dr Karim Malik). Each application consists of a number of projects within the same theme, each led by a different member of academic staff. Of the 194 projects considered by the Astronomy Grants Panel this year, only 74 were successful. Happily, 5 of those were from the Astronomy Unit, with two in the top-ranked tercile of funded projects, one in the middle tercile, and two in the third tercile. All submitted projects were deemed fundable. All in all, this funding will bring 5 new postdoctoral researchers to the Astronomy Unit, as well as funding our computational research and other costs such as travel to scientific conferences.

Members of the Astronomy Unit are celebrating their success. Principal investigator on the Astronomy grant and former Director of the AU, Dr Karim Malik, said "We have received £3.1M in total, roughly a 25% increase to the previous round and very pleasing considering the current funding situation." The current Director of the AU, Dr Chris Clarkson, said "This is an excellent result reflecting the continuing dynamism of the Astronomy Unit at Queen Mary University of London. The significant number of PDRAs awarded to projects in cosmology will help consolidate the rapid growth of the Cosmology Group, while the awards in the fields of planet formation and astrophysical plasma physics helps continuation of their renowned research."

A list of all of the funded projects from this round can be found on the STFC website.