Dr Andrea Larosa has been awarded the AGU Fred L. Scarf Award for his work on magnetic switchbacks and Langmuir waves with the NASA Parker Solar Probe mission 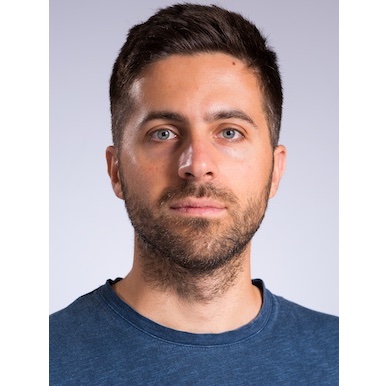 It has been announced today that Dr Andrea Larosa, a postdoc in the Space & Astrophysical Plasmas group of QMUL’s Astronomy Unit, has been awarded the Fred L. Scarf Award of the American Geophysical Union (AGU). AGU is the professional organisation of Earth and space sciences with 130,000 members worldwide, and “The Fred L. Scarf Award is given annually to one honoree in recognition of an outstanding dissertation that contributes directly to solar-planetary science.” Only one recipient is chosen from the international community each year for the award in the field of space physics, so this is an impressive achievement.

Dr Larosa’s doctoral work, carried out at the University of Orleans, used data from the newly launched NASA Parker Solar Probe mission to make several new discoveries about the space environment up close to the Sun, and contributed to the early results from the mission. He led projects to investigate the nature of magnetic switchbacks - large sudden reversals of the magnetic field direction in the solar wind, and for the first time showed that the high frequency (Langmuir-Slow Extraordinary) waves have a magnetic signature - a long sought after but hitherto elusive property. These findings help to understand some of the important open questions in heliophysics, such as how the solar corona is heated, how the solar wind generated, and how the radio emission from processes in the Sun and solar wind can be explained.

Commenting on the award, Dr Larosa said “I am truly honoured to receive this important award. I want to thank the award committee of the AGU Space Physics and Aeronomy section, the Fred L. Scarf award is surely a milestone in my young career. This achievement could not have been possible without an outstanding mission such as Parker Solar Probe and the great guidance I received from my PhD advisors Professor Thierry Dudok de Wit and Professor Vladimir Krasnoselskikh. Furthermore, I must thank my current advisor Dr Christopher Chen for giving me the chance to improve as space scientist by working at QMUL.”

Dr Larosa is now expanding his research interests at Queen Mary, investigating the relation between the magnetic switchbacks and turbulence, and their contribution to the behaviour of plasma near the Sun, as well as employing numerical simulations to further understand the properties of the high frequency plasma waves and what they can tell us about solar wind radio emission.

Dr Larosa will receive his award at the AGU Fall Meeting in Chicago this December, along with $1000 prize money, recognition in EOS, and has been invited to present a talk on his research at the meeting.