The School of Physical and Chemical Sciences is celebrating British Science Week (11-20th March). British Science Week is a ten-day celebration of science, technology, engineering and maths. To mark the occasion, 1st year BSc Theoretical Physics student Shiksha Teeluck shares why Physics is so important to her. 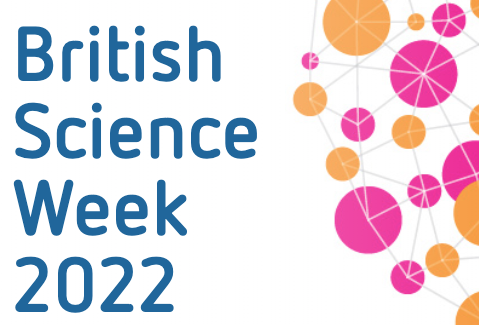 As implied by the Neil deGrasse Tyson quote, physics is the art of understanding interactions on a holistic level. Having this greater insight into the harmonious relationship between matter, energy and the natural world is crucial in not only benefitting society, but also defining the future and evolving up to the highest possible standards of living. In its entirety, from an incredibly macroscopic scale as seen in the ever-growing universe from the beginning of time, to a microscopic scale as seen in the groundbreaking behaviour of electrons consistently shaping the present and future, the fundamentals of physics have resulted in the evolution of mankind and the development of civilisation.

It goes without saying that it would be an aberration to imagine living in a world without the phenomena of physics. In fact, there would be no world that can exist without physics. All aspects of life are ruled over by matter, energy, motion and forces.

There are several notable examples of the significance of physical principles. One includes the role of quantum physics in terms of heat transfer. When heating a piece of matter, the object begins to glow and get red hot and white hot at higher temperatures, regardless of the surface of the material. In relation to the colour of the object, if it was able to survive being heated at an array of temperatures, then the object emits the same spectrum of light as for any other object (e.g. a black body). This theory was speculated to be a universal model for all materials, however there was a large range of frequencies for the light to be emitted at, which could have ended up causing the emission of penetrating gamma rays.

However, following Planck’s ‘quantum hypothesis’, it was realised that light only emitted in pieces of
energy with small integer constant multiples times the frequency of light, so at high frequencies, light
would not be able to be emitted. This basis is found in the heating element of toasters, MRI and fibre optic telecommunication, all which provide safe and efficient utility for humans.

Moreover, physics influenced the innovative creation of electricity. Electricity is the movement of electrons between atoms, as a result of electrons being shifted between atoms after being pushed out of their orbits. As a follow up from the manner of electrons and Nikola Tesla’s establishment of the systematic alternating current, comprising of a transformer made with iron cores and copper windings with the ability to ‘step up or step down’ voltage, electricity can be safely and easily transferred over long distances at a relatively low cost at a large capacity. Electricity is the powerhouse of society, from computers to transportation.

Overall, it can be acknowledged that physics governs an array of aspects in daily life. The subject simultaneously develops the comprehension of the world as well as the pioneering of the future generations to come.

Electricity Explained: the science of electricity