Researchers at Queen Mary are leading the way as a new generation of cosmic surveys with radio telescopes begin. 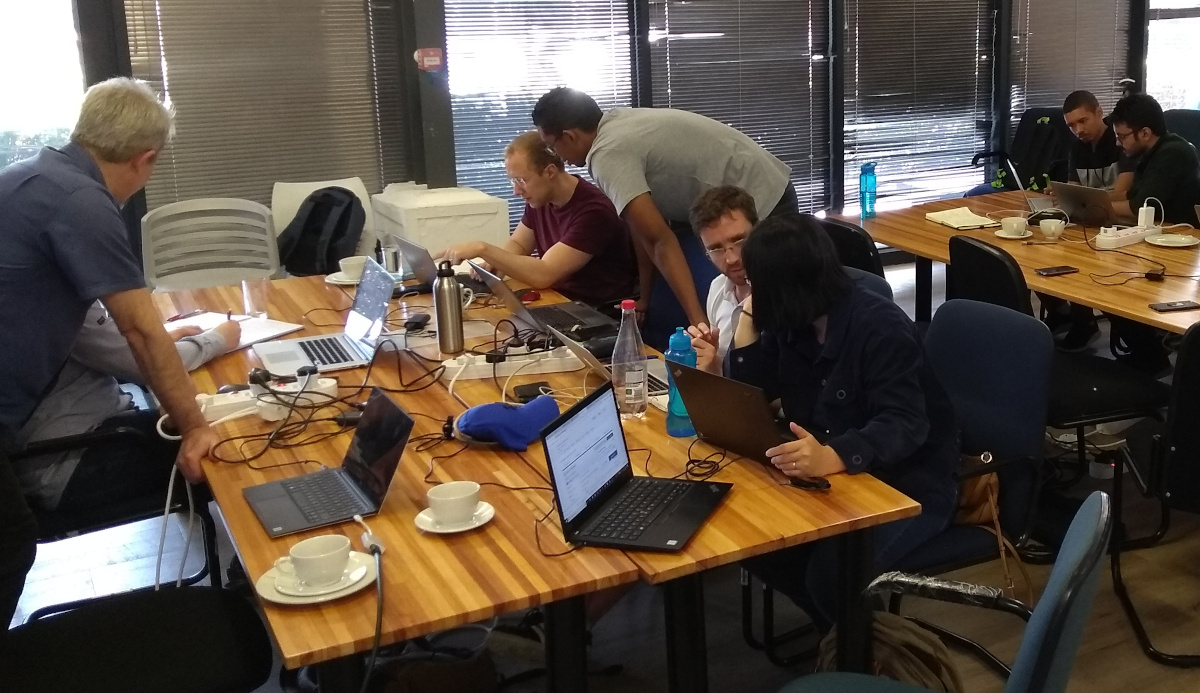 Queen Mary's involvement in next-generation radio surveys began in 2017, when staff member Dr Alkistis Pourtsidou joined the Astronomy Unit, followed by Dr Phil Bull in 2018. Since then, a burgeoning research group in observational radio cosmology has grown into a team including three postdoctoral researchers and two PhD students - with another two postdocs and several Masters/PhD students expected to join later this year. In addition, the QM group has a close association with the Centre for Radio Cosmology at the University of Western Cape in South Africa, where Pourtsidou and Bull are both visiting researchers.

"The last few years have seen fantastic progress in the capabilities of radio telescopes" said Dr Bull. "Using the massive increases in their sensitivity, we can map the cosmos over larger distance scales than ever before, allowing us to test the nature of gravity and precisely test our theories of the Universe." This turns out to be highly complementary to existing research themes in fundamental cosmology and relativity at Queen Mary - neatly connecting the theoretical and observational strands of cosmology in one close-knit research group.

Pourtsidou and Bull are both members of the MeerKAT Large Area Synoptic Survey (MeerKLASS), a planned cosmological survey using the MeerKAT radio telescope array in South Africa. When complete, this survey will produce a 3D map of the cosmos as observed with the 21cm emission line of neutral hydrogen. The first few days of observations were taken towards the end of 2019, and Dr Bull, Dr Pourtsidou, and their teams have been working on calibrating the data and writing the software tools to extract cosmological information from them.

Following a meeting at the South African Radio Astronomy Observatory in Cape Town at the start of March, Dr Bull and PhD student Fraser Kennedy have been working on analysing the early data from MeerKAT. "The data are of surprisingly high quality considering the early stage of the project" said Dr Bull, although there is clearly some way to go before a viable cosmological survey is completed. "We need several more nights of data and a lot of analysis work to be able to detect the cosmological signal." Meanwhile, Dr Pourtsidou and team members Dr Steve Cunnington and PhD student Paula Soares have been working on simulations to understand and interpret the signal when it is detected.

While it's still early days for the MeerKAT survey, the team are looking forward to a bright future for radio cosmology. "These measurements will be quite difficult to pull off" said Dr Bull, "but once we get there we're hoping to make some really exciting discoveries".