Members of the QMUL Astronomy Unit attended the Les Houches Physics School on "The multiple approaches to plasma physics from laboratory to astrophysics" and PhD student Alice Giroul won first prize for best poster presentation at the school. 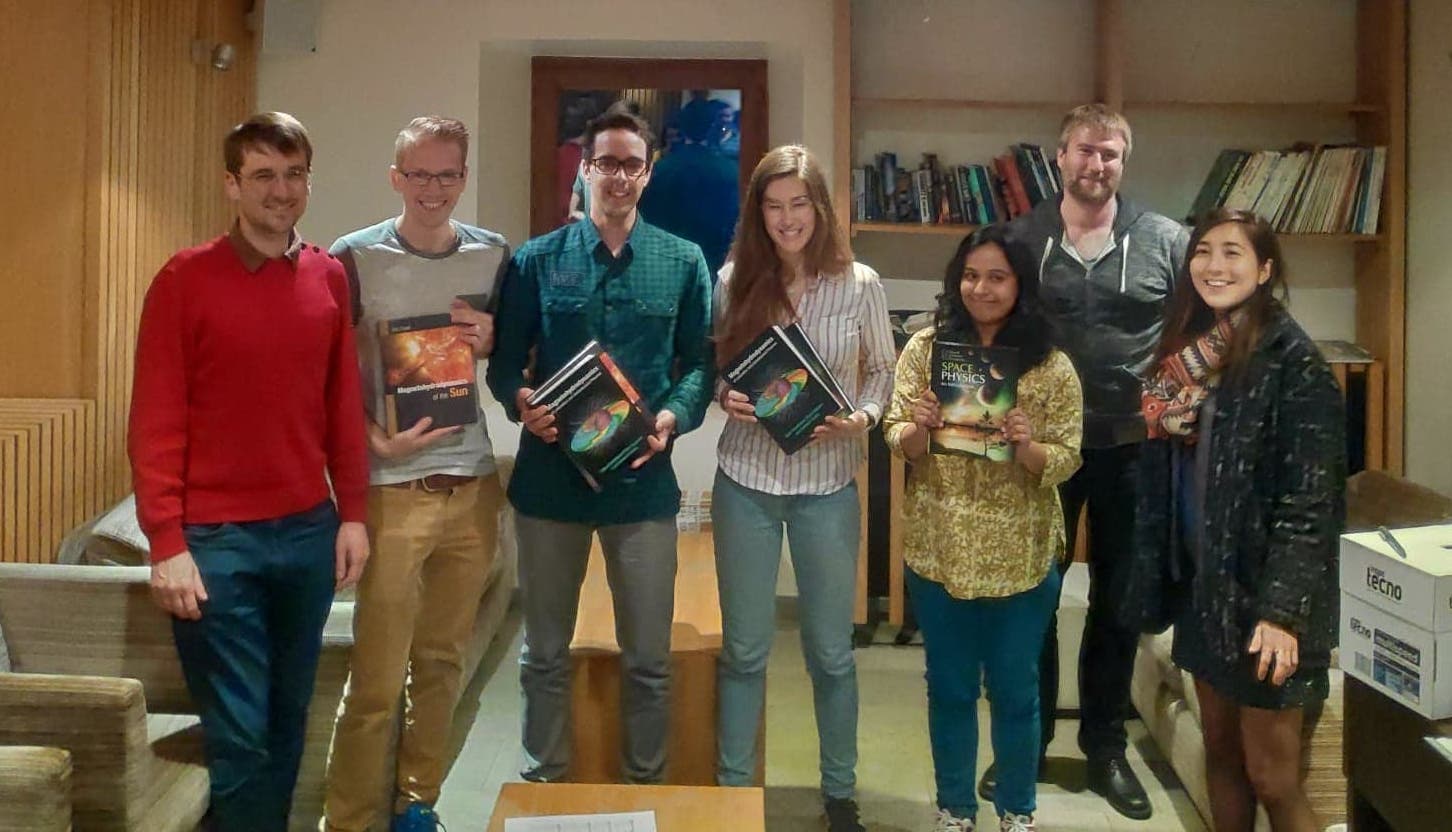 Alice Giroul (centre), PhD student in the QMUL Astronomy Unit, along with the other prize winners and organisers at the Les Houches Physics School on "The multiple approaches to plasma physics from laboratory to astrophysics".

In May 2019, three members of the Astronomy Unit attended the Les Houches Physics School entitled "The multiple approaches to plasma physics from laboratory to astrophysics". The school covered the various manifestations of plasma physics, both in the laboratory and in the diverse range of astrophysical environments throughout the universe, with the participants primarily being PhD students and junior postdocs.The school consisted of a series of lectures covering both fundamentals and state-of-the-art applied topics, hands-on sessions, and journal clubs. Dr Christopher Chen, research fellow and lecturer in the Astronomy Unit, lectured at the school on applications of plasma physics to the solar wind. Jesse Coburn and Alice Giroul, PhD students in the Astronomy Unit, attended the school and presented posters on their research. Alice Giroul won first prize in the best poster competition, a particularly noteworthy achievement given that she is only in the first year of her studies.The Les Houches School of Physics began in 1951, and quickly became internationally renowned as one of the leading institutes of its kind. Set in serene surroundings just above the Chamonix valley, the school is designed to inspire learning and creativity as well as international community and collaboration within active fields of physics. Over the years many eminent physicists have attended as either students or teachers, including Richard Feynman, Enrico Fermi, Wolfgang Pauli, and Murray Gell-Mann; in total 50 Nobel laureates have participated in the school.