The QMUL Astronomy Unit hosts a meeting for the team that designed and operates the FIELDS suite of instruments onbaord NASA's Parker Solar Probe spacecraft. 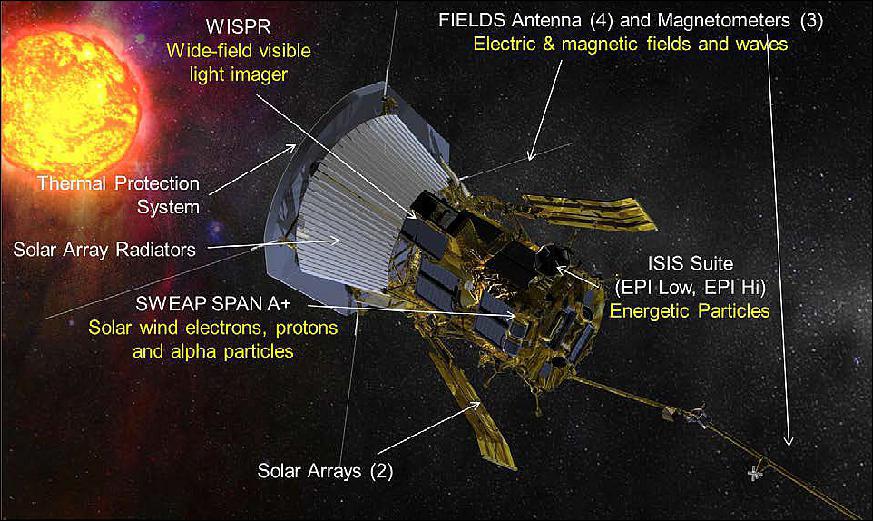 In March 2020, the Astronomy Unit hosted a meeting of the FIELDS team of the Parker Solar Probe mission. FIELDS is one of the four instrument suites onboard Parker Solar Probe - NASA's mission to the solar atmosphere - and is led by Prof Stuart Bale who is visiting QMUL this year as the AU's Perren Professor. The team is international, consisting of members from the USA and various European countries, and includes Prof. David Burgess and Dr Christopher Chen from the AU.FIELDS consists of a set of electric field antennas and magnetic sensors to measure the electromagnetic fields and plasma waves up close to the Sun. At the meeting, the status of the mission and instruments was discussed, along with the latest downlinked data, science results in progress, and future operations plans for the instruments. As well as the FIELDS team members, the meeting was also attended by the postdocs and students in the AU's Space Plasmas research group, giving them the opportunity learn about how a major space mission operates as well as present their research and form new collaborations.The team meeting was followed the next day by a discussion meeting at the Royal Astronomical Society entitled "The near-Sun solar wind at solar minimum" where results from the wider community were discussed. The invited speakers at the RAS meeting were Dr Nicola Fox, Director of Heliophysics at NASA, and Dr Christopher Chen.Parker Solar Probe is on its way to become the first spacecraft to fly through the solar corona, the hot outer atmosphere of the Sun, making a comprehensive set of in situ and remote measurements. The mission is designed to answer fundamental questions in plasma astrophysics such as how the solar corona is heated and the solar wind accelerated, to help understand the processes at the heart of space weather, and to investigate this unexplored area of the solar system for the first time. The spacecraft is named after Eugene Parker, who famously predicted the existence of the solar wind in 1958, shortly before it was first detected.