We have received the sad news that Lynn Ingamells, a pivotal member of the Hispanic Studies Department of Queen Mary from 1958 to 1994, has passed away at the age of 84. 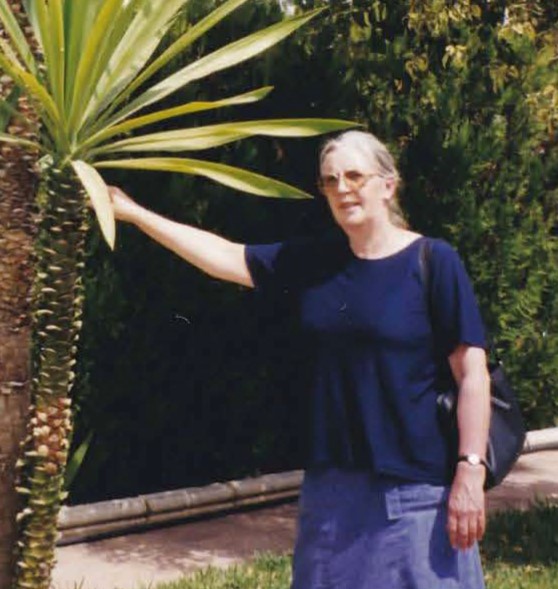 A passionately committed Hispanist and distinguished scholar of the Medieval period, Lynn was Secretary-Treasurer of the Association of Hispanists of Great Britain and Ireland for 17 years (1970-1987), where she provided efficient continuity and stability at a time which saw the Association increase very significantly in numbers. She was visiting Lecturer at McGill University (1967-1968) and Cambridge (1988-1989 and 1990-1996). Lynn spent most of her working life at Queen Mary, from her appointment in 1958 until her retirement in 1994. She made an enormous contribution to the Department of Hispanic Studies, acting as its Head for many years, and dedicating her career to the development of the Spanish language programme and the teaching of generations of Queen Mary students. Her devotion to their learning became truly legendary.

Variedades del español actual, a book Lynn co-authored with Peter Standish (London: Longman, 1975), was extensively used for the teaching of undergraduate students of Spanish and is still appreciatively held on the shelves of many of today’s well known Hispanists; in its day it was pioneering in university foreign language teaching, covering the whole of the Spanish-speaking world and having accompanying audio recordings with transcripts. The book was the result of her research journeys throughout Spain and Latin America, which were rare at the time.

Lynn remained devoted to language teaching well into her retirement, and was a generous adviser and commentator on many other language projects. Her continued dedication to Queen Mary students of Spanish took a new form when she generously endowed the department with a fund to sponsor a prize that now bears her name and is awarded annually to the final year student with the most outstanding progression in Spanish through the degree.

No less esteemed was the mentoring care she took of her younger colleagues, who remember her with the utmost affection. One of Lynn’s colleagues most cherished memories was the annual brainstorming sessions that took place in the summer, hosted by Lynn in her beautiful house in Saffron Walden. Colleagues remember congregating in her garden, and discussing departmental business while being royally entertained. Those who had admired the splendid collection of owls that adorned her shelves couldn't resist adding to it from specimens that they came across on their travels.

A tireless reader, Lynn was equally at home talking about Alfonso el Sabio, Charles Dickens, or the latest detective novel. She was a regular visitor to museums and galleries, and an assiduous theatregoer. Her friends would frequently receive clippings and notes on current exhibitions and plays, which would put them to shame for not keeping abreast with the arts as much as she did, despite their dexterity in the use of digital technology which Lynn never embraced. She had a critical gaze and an uncompromising personality. Amiable and discreet as she was, Lynn was equally quick on the uptake. Her sharp observations on the development of social and political events were informed by her unrelenting reading of the daily press and by a precise memory that allowed her to range from the post-war years up to the present. Former students and colleagues, who were fortunate enough to enjoy Lynn’s hospitality up until a few months before her death – when lockdown meant she could no longer receive visitors-, will truly miss her insightful ingenuity, generously shared over the years over a glass of Spanish wine, of which she was a connoisseur, in her cosy sitting room in Saffron Walden.

Lynn will be remembered with great admiration and fondness by all those who worked with her and learned from her. Our thoughts are at this moment with her sister, colleagues, students and friends.